My first time in a 50-passenger Bombardier DHC-8 Dash 8-300 propeller aircraft was certainly a different experience to flying in a large passenger jet. The small size of the plane gives a hint of the jet-set lifestyle although the worn and battered cabin interior failed to keep up that illusion.

A mechanical problem delayed the arrival of the aircraft. The delay lengthened as the pilot requested a visual inspection from a maintenance crew as we sat on the tarmac, propellers whirring. 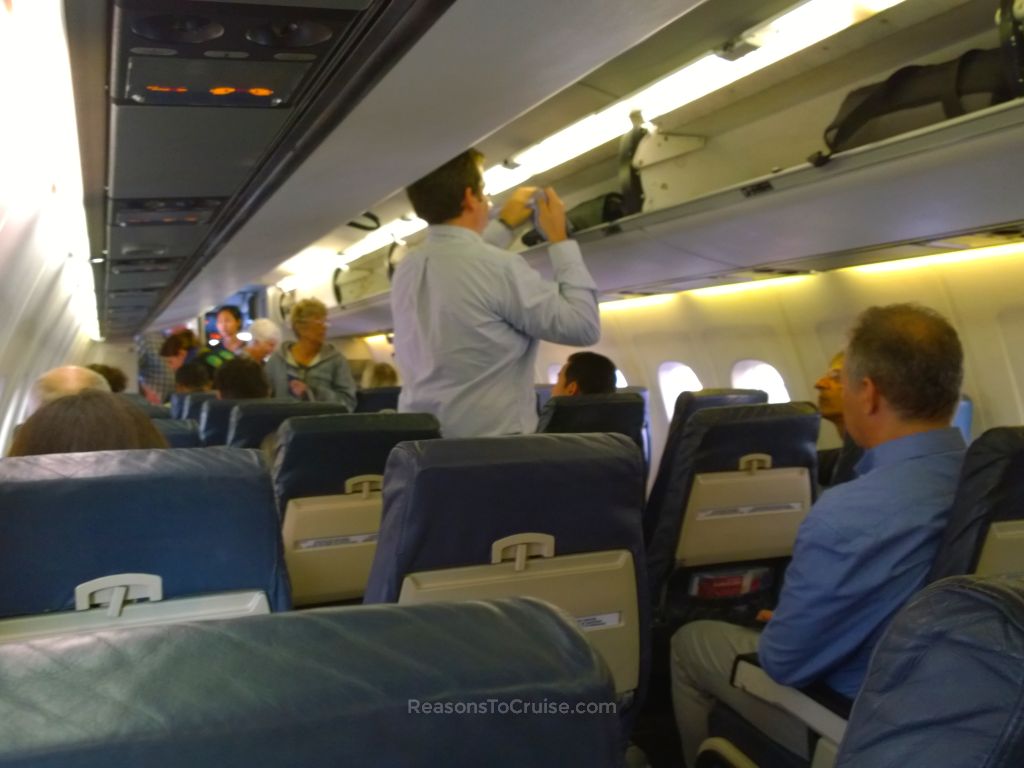 A small aircraft but generously proportioned

Tips for travelling inside Canada

Read my review of Air Canada transatlantic flights between Heathrow and Montréal.

Have you flown between Québec City to Montréal or did you take the train instead? Leave a comment below.

Disclosure: Montréal and Québec tourist boards supplied my flight. The opinions in this article are my own.

The seats in this small, noisy aircraft were tired and worn. There was no on-board entertainment. Despite there being just one member of cabin crew onboard, a drinks service was offered.