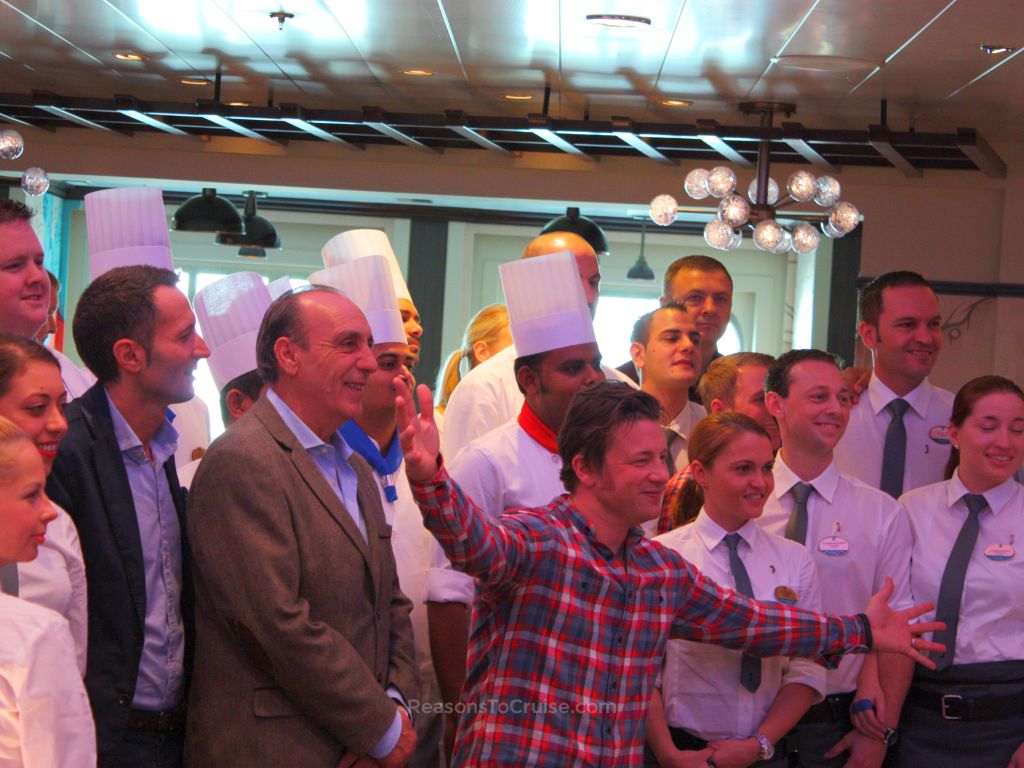 So there I was, standing next to the man I had cooked on countless television programmes.

Italian chef Gennaro Contaldo was onboard Anthem of the Seas to open Jamie Oliver's latest sea-based restaurant and my timing could not have been better. With barely a soul in sight, I grasped the opportunity to say hello.

'Never meet your heroes,' the saying goes, but this was definitely one case where that was not true. A mirror image from his television work, Gennaro was a true gentleman, and his trademark larger-than-life character was clear to see. 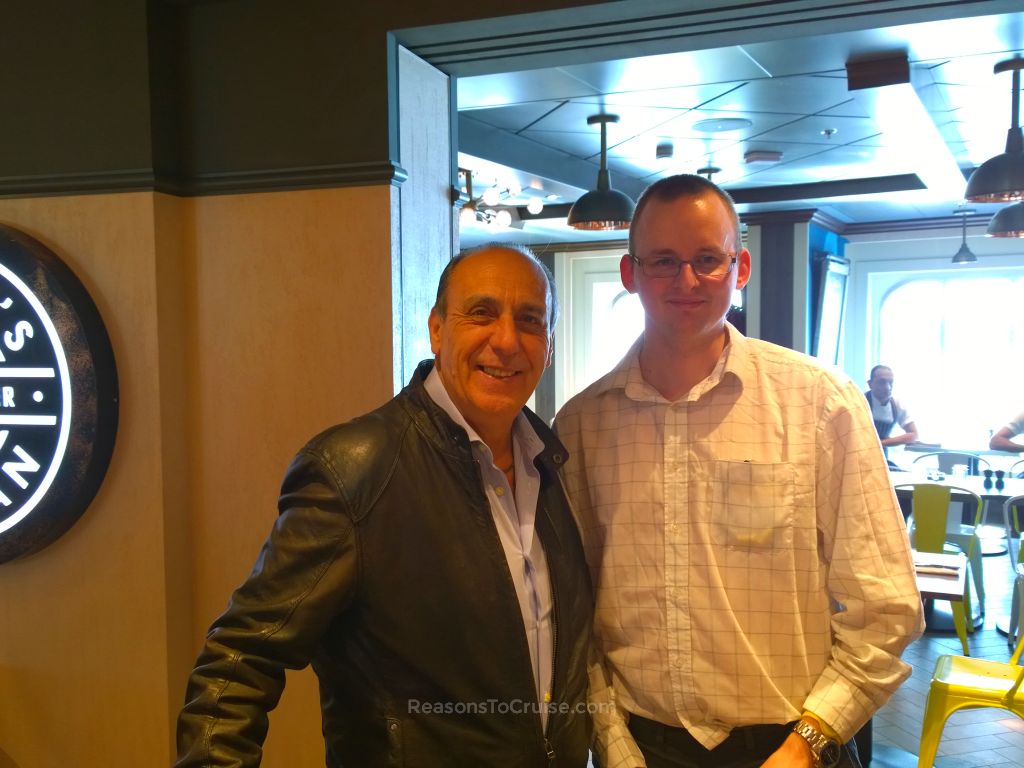 Gennaro Contaldo and me

Six months prior, I stood on Quantum of the Seas in touching distance from Jamie Oliver, and gadget geek Jason Bradbury, from Channel 5's The Gadget Show. Sadly, I couldn't get close enough to shake hands and snap selfies, but that's the world of celebrity spotting for you!

Some people choose to spot celebs at movie launches, but I like to find them on cruise ships!

Where to find celebrities onboard

Ever more celebrities are taking to the high seas, and cruise lines are as keen as mustard to sign up superstars to sail with them.

Celebrity chefs are a popular choice, with culinary demonstrations and even cookery lessons on the cards.

Famous television stars, novelists, gardeners, dancers, and musicians can also be found aboard selected sailings. Celebs usually take part in either a performance or a lecture. Often, they will also host an event, where you can learn insider secrets, ask questions, and perhaps take a selfie or two.

Take note from my experience above. Timing, crowds, and personalities will determine how close you can get to a celebrity. Some are more forthcoming than others, and some cruise lines are better than others at facilitating meet and greets in various forms.

P&O Cruises' Food Heroes can often be found onboard their ships.

You may need to pre-book some classes, some of which may incur an additional fee.

On each 'Strictly' cruise, you can enjoy stunning dance performances. There are also opportunities to meet the stars, learn some moves, ask questions, hear some gossip from behind the scenes, and the chance to see some amazing costumes from the show.

They also have a selection of celebs starring in the Limelight Lounge on Britannia.

New for 2017, Princess Cruises has put together a line-up of guest speakers as part of its Princess’ Encounters with Discovery speaker series. The speakers will appear on selected spring and summer itineraries from Southampton aboard Crown Princess between April and September.

Each speaker will host a 45-minute discussion as well as a meet and greet session complete with photographs and book signings. Some speakers will also become judges on ‘The Voice of the Ocean’, the ship-based singing competition for guests.

Disclaimer: All the itineraries and appearances listed above are subject to change. Occasionally cruise lines have to change itineraries or celebs are unavoidably unavailable. Check with each cruise line above for the very latest details.

Would you book a cruise just to see a celebrity? Who would you most like to meet? Leave a comment below.