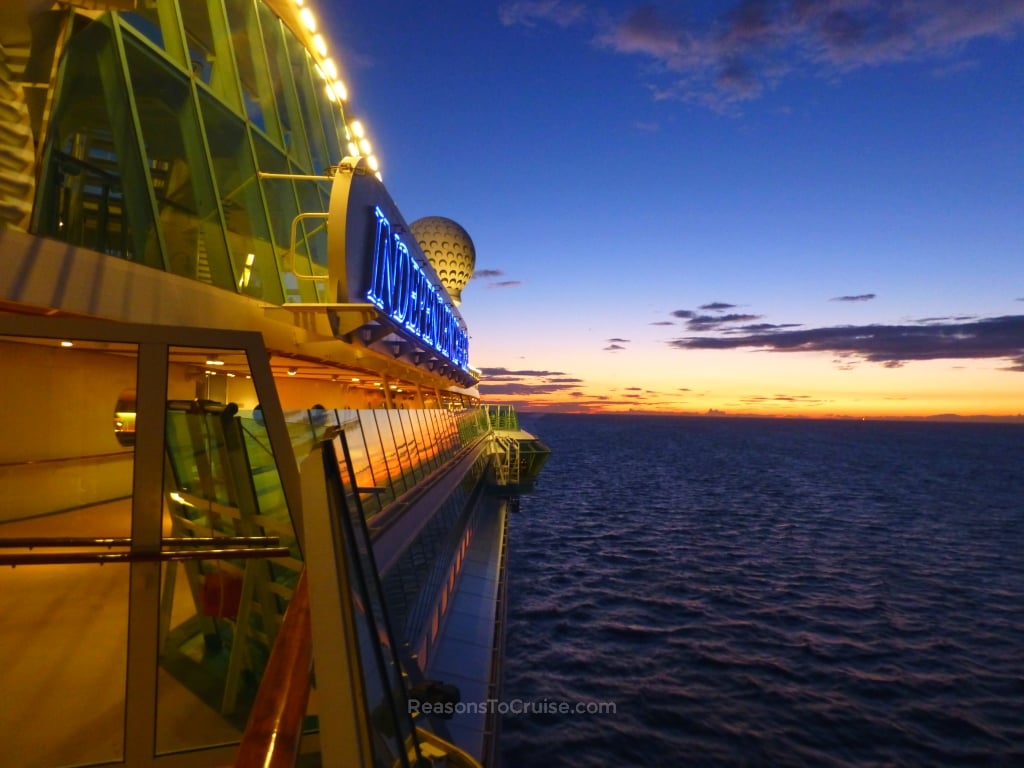 My First Family Cruise on Independence of the Seas

My first family cruise to the Mediterranean was an eye-opener.

Sailing on Royal Caribbean's Independence of the Seas from Southampton, the 12 night holiday was a mixed experience, with positives and negatives.

Part of the Freedom class of ships, the 154,407 gross tonne Independence of the Seas has a capacity of up to 4,375 guests. This sailing sold out ten days before departure, and while it was occasionally busy in some areas, it never felt heaving. Passengers flocked to the open decks when the sun came out, or Royal Promenade when it rained.

Juggling babysitting meant forgoing some of the evening shows, although I made sure we watched the live shows featuring the very talented Royal Caribbean Singers and Dancers and the superb Independence of the Seas Orchestra.

I had seen the ice show "Strings" on a previous sailing but enjoyed the re-run. A second ice show, restricted to Crown & Anchor Society members, was equally breathtaking.

On deck, talented guests took to FlowRider, the onboard surf simulator, entertaining the crowds of onlookers. Those with a head for heights scaled the rock climbing wall for the best sea views on the ship. 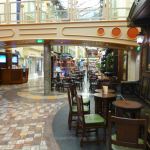 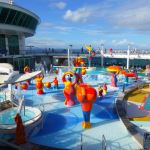 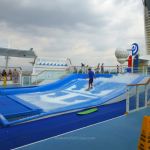 When the sun shone, available loungers became scarce as many desperately tried to top up their tans.

The dining room staff cherished my son who was starting to wean. Daily renditions of "Old MacDonald" bemused him.

My son began eating first, and I wolfed my dinner down to try and beat him, ensuring his crankiness did not bother other nearby guests.

The menus each night offered a decent selection of dishes, although it started to repeat itself a week into the trip. The quality of food and presentation was consistently high, although portion sizes wildly varied.

Speciality restaurants with an unpredictable baby were a no-go, except for the nostalgic 50's style dining experience at Johnny Rockets. Unlimited food for a $5.95 per person cover charge was worthwhile for a delicious slice of classic Americana.

The Windjammer buffet was normally a loud and boisterous place although it was relatively quiet and late at night just before it closed.

For breakfast, I opted for the buffet option in the main dining room, as this meant we could eat at my son's pace. Foolishly I attempted to dine in Windjammer one morning, and he got cranky before I had found a table. Several circuits of Windjammer looking for an empty table is not my idea of fun.

Exterior paintwork was noticeable faded and flaky, while inside, crewmembers were busy making numerous repairs ahead of the upcoming transatlantic sailing and the season sailing around the Caribbean. The aroma of wet paint and varnish often filled the corridors.

Cleanliness was up to Royal Caribbean's standards, though.

Cruising with a Toddler

Royal Caribbean prides itself on being a family-friendly cruise line and while I would agree with that statement for children aged above three years who qualify for entry into the kid's clubs, expect little for those under this threshold on Independence of the Seas.

I signed up with Royal Tots Nursery which meant I could borrow a bag of toys for the cabin. By registering, I could then use the paid-for babysitting service.

Foam mats decorated the floor in a room in the Conference Centre on Deck 2, with a selection of toys. This unsupervised makeshift playroom was often empty and usually quiet. 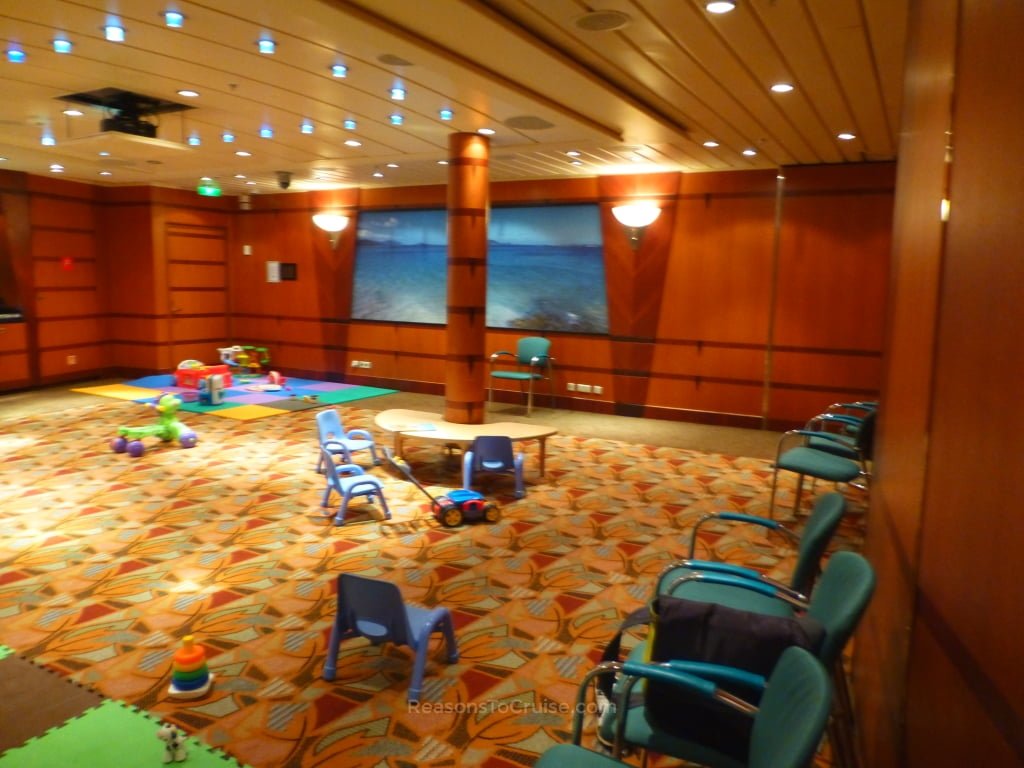 A tiny splash pool exclusively for babies and toddlers in swim nappies sat to one side of the H2O Zone. This pool was always jam-packed despite sitting adjacent to the busy smoking area on deck 11.

It was disappointing that no contact time with the nursery staff was available other than paid-for babysitting services. A daily hour-long supervised parent and baby playgroup led by a member of staff would have been popular.

The nappy changing facilities was also noticeable, with just one facility on Deck 11. This predicament led to the regular traipsing back and forth between the cabin.

Given the price I paid for my son, I expected more than what was available on Independence of the Seas. Other ships, such as Oasis class and Quantum class vessels, seem better equipped, and the Dreamworks experiences on these add extra activities for young families.

As for my cabin, the cruise line supplied a travel cot free of charge.

Sailing on Independence of the Seas

For many years, Independence of the Seas has called Southampton home during the summer season, sailing to the Mediterranean, Canary Islands, and Northern Europe on itineraries up to two weeks in length. In winter she typically sails under the hot Caribbean sunshine from Fort Lauderdale, Florida.

The ship traversed the Bay of Biscay twice with nothing to report. It was the calmest I have ever known it to be.

In each port of call, meanders close to the ship kept my son content. 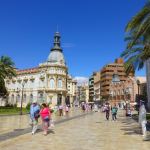 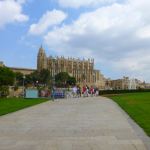 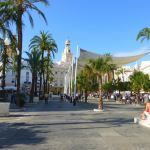 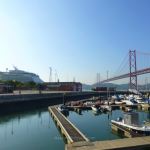 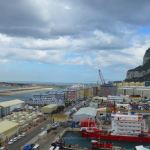 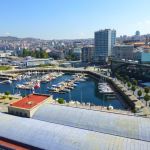 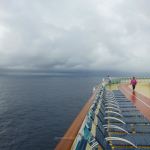 Many Brits love Independence of the Seas. Are you one of them? Let me know in the comments below.

Disclosure: I paid for this cruise in its entirety. My opinions are my own.

Independence of the Seas Review

For Royal Caribbean’s take on British cruising, sail on Independence of the Seas out of Southampton. While it might be a family-friendly ship, there is little to keep children aged under three years old happy. 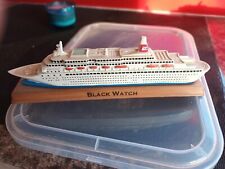 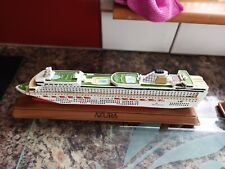 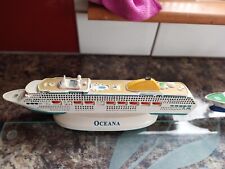