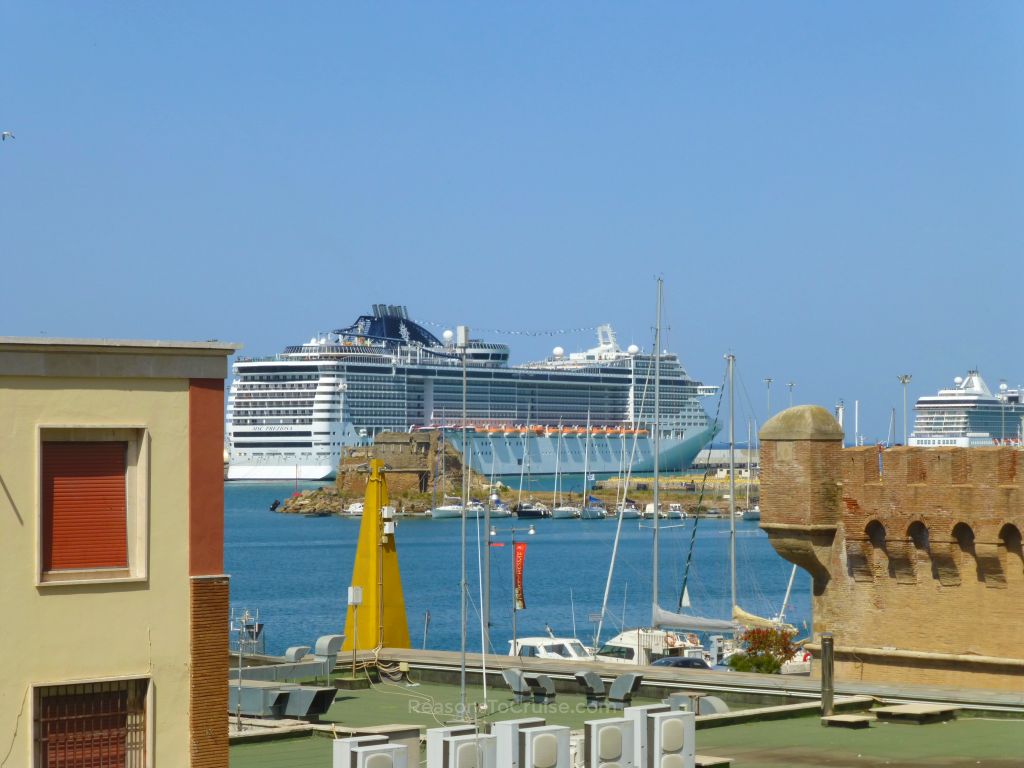 8 Reasons to Cruise the Mediterranean on MSC Preziosa

The ship is classed as 'large'  at 139,072 gross tonnes, yet somehow it rarely feels that way.

Based in Genoa in the Mediterranean, I headed on board for a dose of Italian style cruising. If you are looking for a European cruise, why should you pick this ship? Here are my top reasons to cruise on MSC Preziosa.

1. The essence of Italy at sea

Head to Venice or Rome and you will find narrow alleyways following the contours of the centuries-old buildings. The ship architects have somehow captured this essence. Very few of the corridors run in a long, straight path and instead resemble a rabbit warren. Occasionally they break into plaza-style lobbies with some cutting through the heart of lounges and bars. I was never far away from the hustle and bustle aboard. 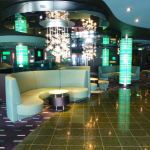 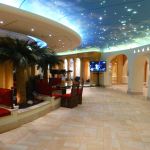 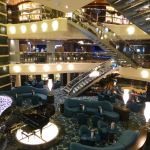 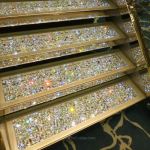 The décor is typically Italian but tastefully so. Each space has a distinctive style but it is tastefully done.

A highlight is the pair of magnificent Swarovski crystal staircases in the three-deck-high atrium. Hundreds of clear large Swarovski crystals sit inside the steps, twinkling as they catch the light. Make sure you get your formal night photographs taken here. The elegant setting is the perfect photography backdrop when you are dressed in your smart suit/gown.

Passengers mostly come from mainland Europe, particularly Italy, Spain, and France. Brits and Americans make up a minority. Aside from the lack of manners from my European counterparts, I never felt as if I didn't belong onboard. Announcements are made in several languages, including English. Restaurant menus, and daily planners are available in English.

Italy is synonymous with fresh, delicious food but onboard, mealtimes were often disappointing. Italian dishes from the main restaurants were always cooked to perfection, particularly pasta dishes and indulgent desserts like Tiramisu. Meat dishes were often over- or under-cooked and lukewarm, and salads drowned beneath excessive quantities of vinaigrettes.

Speaking of lukewarm, expect slow, hands-off service in the restaurant. You will need to ask for additional items rather than be offered them. 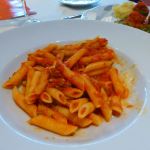 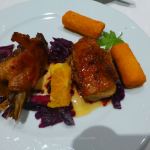 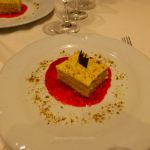 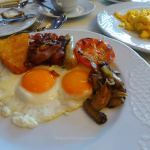 The buffet offered typically served the same selections day in, day out. Food caters for European tastes, and hot dishes are rarely piping hot, aside from the freshly cooked pizza.

Be sure to track down the freshly prepared pizza, cooked by enthusiastic staff in authentic pizza ovens behind the counter. The high demand ensured this was always piping hot and fresh.

When it comes to food, the meals included in the cruise fare can be very much hit or miss. But pay for meals and you'll notice a marked improvement in quality and service.

Budget to enjoy a meal or two at the speciality restaurants onboard. Make a night of it and experience Italian

Hot drinks are the same. The basic coffee served in the restaurants and buffet is awful. Pair a speciality coffee with a scoop of Italian Gelato for a true taste of Italy. Beware: the Gelato is addictive!

The blend of different nationalities onboard makes Broadway-style shows an impossibility, as not everyone speaks the same language. MSC Cruises get around this by hosting performances by talented troupes of acrobats and dancers. And they are very good at it. Crowds flocked to each show and there were barely any spare seats in the theatre.

Out on deck, participative events tend to be in Italian. Part of the fun is trying to understand what goes on upon the stage. 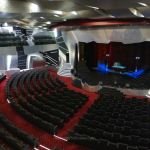 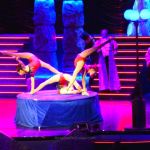 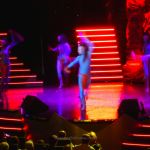 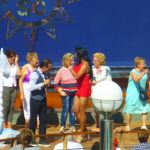 The bars and lounges roar into life at night, with loud music filling most public spaces. Music is pretty universal so you will recognise many of the tunes.

A brief history of how MSC Preziosa came to be

MSC Preziosa has an interesting past. In June 2010 a letter of intent was signed between STX France and Libyan state-owned company General National Maritime Transport Corporation (GNMTC), to build a cruise ship very similar to MSC Fantasia and MSC Splendida.

The ship was originally going to be named Phoenicia and what made this vessel all the more interesting was that Hannibal Gaddafi, son of Libya’s leader at the time (Colonel Gaddafi), had specified a 120-ton shark aquarium to be integrated into the design.

In June 2011 STX France cancelled the contract following the Libyan civil war and started looking for a new buyer. In March 2012 MSC Cruises announced that it was to purchase the ship for €550 million and ordered the specification to be broadly identical to MSC Divina. While the shark aquarium disappeared, MSC Preziosa did get some unique features such as the Vertigo waterslide. In March 2013 Sophia Loren christened the ship, and MSC Preziosa began sailing around the Mediterranean Sea.

Kids love the outdoor water park, cooling off from the midday sun under the splash buckets and water cannons.

Thrill-seekers young and old head onto Vertigo, the longest single-rider water slide at sea. A clear section of slide overhangs the edge of the cruise ship offering vertigo-inducing views of the port or sea below. 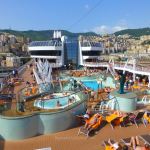 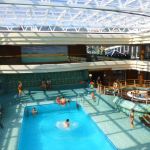 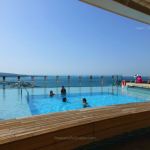 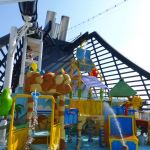 Adults gravitate towards the compact infinity pool at the rear of the ship while families with younger children splash around in the indoor pool.

Hundreds of sun loungers line the open decks for those wishing to sunbathe.

The ship boasts several retail spaces, dotted around like small boutiques on the side-streets of Venice. Each stocks a very good range of items, from clothing and homewares to gifts and souvenirs.

Prices are very reasonable, and sale events helped encourage passengers to part with their Euros.

My balcony cabin was much larger than I expected. The light and airy room boasted a large bed, a sofa, desk, and enough floorspace for a travel cot to be placed without being in the way. Wall-mounted toiletries in the bathroom were a bonus. 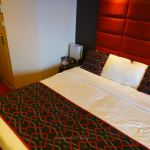 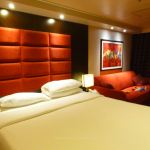 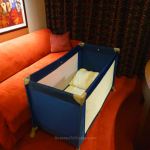 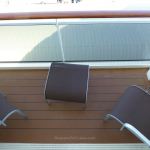 Its location near banks of lifts meant it was relatively easy to get around the ship from the cabin. It was tucked at the back of the ship, leading to lengthy treks to certain venues.

Drifting cigarette smoke and excessive noise from neighbouring cabins did, however, make the balcony unpleasant to use.

Check-in took place inside one of the grandest cruise terminal buildings I have ever had the pleasure of visiting. The plain outer shell hid a beautiful interior. In less than 15 minutes I boarded the ship.

Expect sales pitches for drinks packages, the children's clubs, the premium restaurants, and the spa before you reach the ship.

By complete contrast, disembarkation was a total disaster, with chaos and confusion stemming from a lack of announcements and information. Passengers were corralled into predesignated lounges, but no announcements were made to disembark.

I sailed on a standard Mediterranean voyage taking in six ports of call spanning three countries. While I did not like all the ports of call, the itinerary certainly packed them in one punch after another. 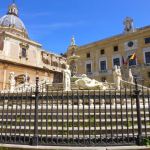 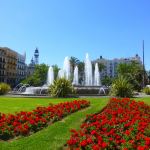 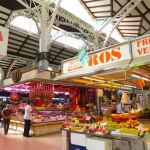 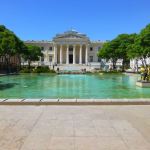 I paid MSC Cruises for a package that included by cruise tickets, flights, and overseas transfers.

I flew from London Gatwick Airport to Genoa with British Airways, boarding MSC Preziosa that afternoon. My itinerary took me from Genoa to Civitavecchia (for Rome), Palermo, Cagliari, Palma de Mallorca, Valencia, and Marseille.

You can find forthcoming itineraries aboard MSC Preziosa here.

Tip: Keep an eye out for deals from the cruise line offering all-inclusive drinks package upgrades, or free cabin upgrades. These are regularly on offer throughout the year and can make your holiday even better value.

Make no mistake, this is not an American interpretation of Italian style cruising, nor is it an experience exclusively limited to our continental neighbours. No, this is the real deal - little Italy at sea, if you will. This is a journey to Italy, France and Spain carefully blended with a cruise experience to keep its raw, unabashed, and authentic essences. The experience had its highlights and some niggles, but for the price I paid, I was prepared for this.

Have you sailed with MSC Cruises? Did you have a better or worse experience than me? Share your thoughts in the comments section below.

Disclosure: I paid for this trip in its entirety. My opinions are my own.

One of the largest ships in the MSC Cruises fleet, MSC Preziosa offers all-round appeal. The beautifully decorated ship benefits from a range of activities for all ages and preferences. Service is cold, and the dining room food is very much hit or miss.