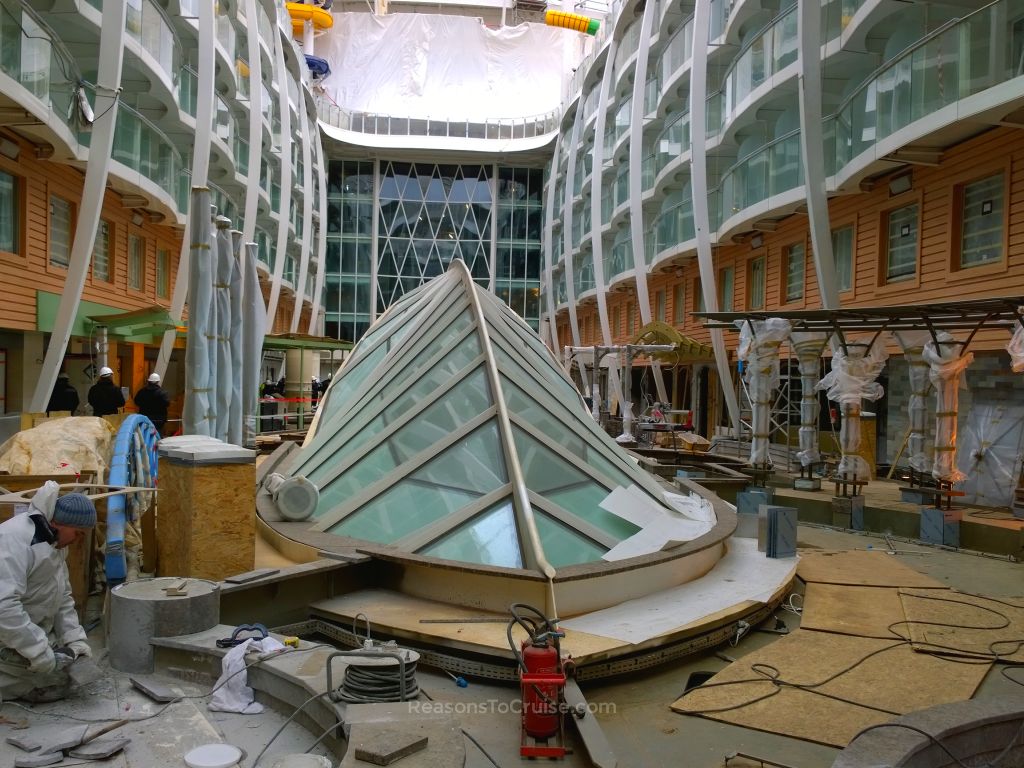 Welcome to an exciting era in the cruise industry, where cruise lines are betting on brand new cruise ships to entice ever more people to try a sailing holiday.

Order books at major shipyards around Europe, including Fincantieri, STX France, and Meyer Werft, are practically bursting at the seams.

Should you be interested in all the technical data, you can find a definitive list of current new-build orders over at Cruise Industry News.

Meanwhile, here are my top picks of new cruise ships to get excited about.

2017 will be a pivotal year for MSC Cruises. That sounds like an overly dramatic statement but with two ship launches in a single year, the cruise line will inevitably make waves in the world of cruising.

This all-weather ship will be delivered in May 2017 and will initially sail in the Mediterranean. It is very easy to compare MSC Meraviglia with Royal Caribbean's Quantum class of vessels, thanks to a keen focus on technology, efficiency, cabin design, public space layout, and entertainment options.

I am looking forward to seeing how MSC Cruises enhances their onboard experience. When I sailed on MSC Preziosa, I noticed a lack of exuberant service as well as poor dining options. MSC Cruises has to improve these areas if it hopes to fill its new and older ships, particular as more capacity will be available in the next few years. MSC Seaview will launch in 2018, two ships will launches in 2019, one in 2020, another in 2022, and one more in 2024.

MSC Seaside breaks the design mould and introduces new design concepts to the cruise world. Just one look at the Art Deco aft, and you will understand why this ship will turn heads.

MSC Seaside will feature high-tech enhancements as it will follow closely in the footsteps of MSC Meraviglia. The ship has been designed for hot-weather cruising and will homeport in Miami, Florida, year round.

I am equally looking forward to watching her sister, MSC Seaview, take to the waters in 2018, in the pocket-friendly Mediterranean.

Four ships are not enough for Disney Cruise Line, and so another two will follow, one in 2021 and another in 2023.

These will become the largest in the fleet, although they will boast a similar capacity to Disney Dream and Disney Fantasy.

At the moment very little is known publicly about the plans for the vessels. The shipbuilding trend is to cram in plenty of gadgetry and to install the latest in environmentally efficient machinery. I think we could see an expansion of the Animated Portholes concept.

The largest kids' club at sea is not unfathomable, nor is a host of new (or improved) water slides. I guess there will also be a concerted effort to provide more exclusive adults-only sanctuaries too.

Sir Richard Branson made a splash with a press conference in Miami when he announced the formation of Virgin Cruises. A little over a year later and the name was changed to Virgin Voyages.

Three mid-sized ships are on order from Fincantieri, with delivery pencilled in for Autumn 2019, Spring 2020, and Spring 2021.

Virgin Voyages is the partnering with Climeon to install a system that will turn waste energy into electricity on all three of its ships.

That's all I know. That leaves a lot of mystery. What will the design of the ships be? What facilities will they have on them? What types of cabins can we expect? Will they be family-friendly ships or adults-only? Where will they sail?

The company plans to disrupt the cruise market by offering a completely different product to its competitors. Reading between the lines, this will be a cruise line for the young and the young at heart. A world where passengers will be known as 'sailors.'

As for the finer details, we will have to wait and see.

My time onboard MS Nordlys opened my eyes to Hurtigruten's world of hard working vessels plying the Norwegian coastline to a tight schedule.

Of all my cruise experiences this one felt closest to nature.

When they announced an order for two new ships, I was intrigued. When I heard that Rolls-Royce was designing them I was desperate to find a "book now" button. 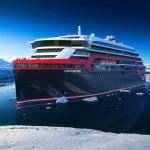 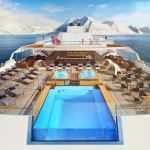 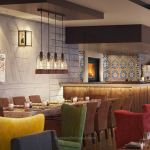 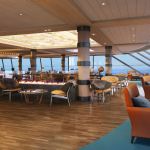 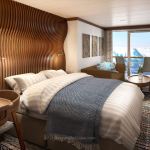 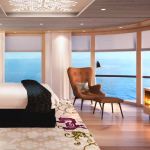 The ships will be capable of sailing along the Norwegian coastline, the Arctic, and the Antarctic.

Roald Amundsen and Fridtjof Nansen will be kitted out with the swanky Arctic Interiors recently rolled out across the fleet. I hope to see a wider range of cabins, particularly more that feature private balconies.

The company also holds options for a further two ships.

I would be remiss not mentioning the slew of ships exiting the production line bound for China. Cruise lines predict enormous potential within the region and are keen on grabbing a slice of the action as early as possible.

Is there a new cruise ship on order that you are really excited about? Leave a comment below.