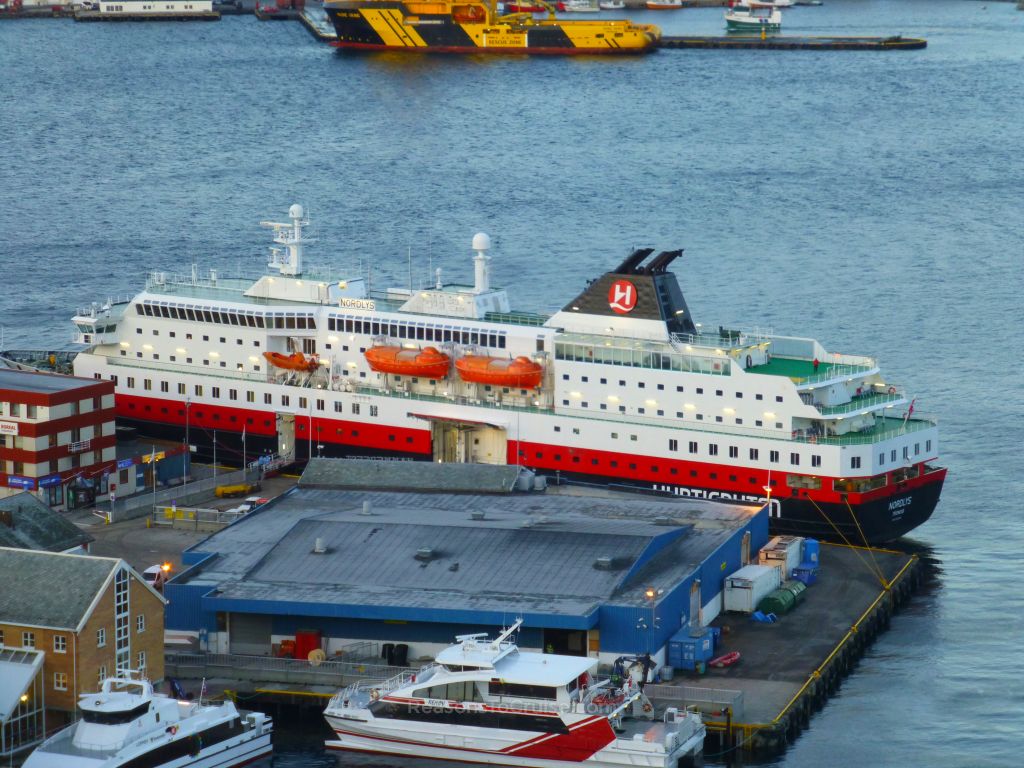 Searching for the Northern Lights Inside the Arctic Circle on Hurtigruten’s Working Ship, Nordlys

When it comes to searching for the Northern Lights (Aurora Borealis) in Norway, Hurtigruten is the obvious choice.

Its fleet of working ships (cruise ships crossed with ferries) ply Norway's coastline to a strict timetable. While a vital lifeline to many of the country's remotest towns, its ships are also popular with tourists seeking a pure and authentic Norwegian cruise experience.

Tourists are the only passengers that stay on for the full tour. Locals join at one port and leave at another. Up to 35 cars combine with several hundred pallets loaded and unloaded at ports along the way.

While the full coastal route from Bergen to Kirkenes and back again requires 12 days, I only had time to sail inside the Arctic Circle. I boarded at sub-zero Tromsø for a brief three-day encounter, doubtful I would be lucky enough to spot the natural phenomenon of the Northern Lights.

Much like my cabin for the voyage, the 11,204 gross tonne MS Nordlys is bereft of the amenities found on larger cruise ships. The ship has a capacity of just 623 passengers, after all.

The ship boasts two lounges (albeit on a technicality as a doorway separates them), a bar, a small but well-stocked shop, and a lecture room. A little playroom suits only the very youngest traveller.

There is no spa, but there is a small fitness room as well as a small sauna.

A large outdoor deck area on Deck 7 often hosts to gatherings and small events. In winter the partially sheltered areas throng with passengers taking a respite from bitterly cold winds. 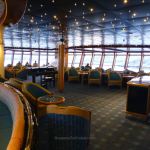 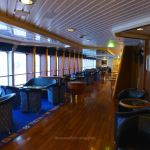 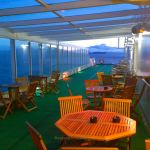 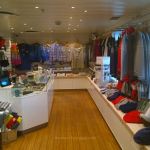 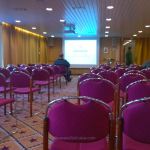 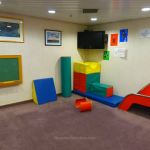 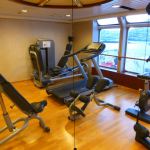 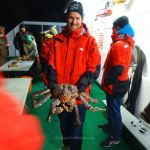 Deck 5 has a wrap-around promenade deck, with crannies to escape the weather.

I joined the first sailing with an expedition aboard. The concept, borrowed from Hurtigruten's Antartica expedition ship, MS Fram, sees teams of experts sail on Norwegian coastline cruises, imparting their geographical knowledge.

Insightful lectures and discussions took place daily in the lounges and conference rooms on a variety of topics. A local fisherman boarded the ship en-route with his catch of king crabs so the expedition team could explain more about them.

A couple of computers sat next to the café which was also a WiFi Internet hotspot onboard. Expect to pay around NOK 50 (≈ £5) per day for slow and patchy service, only good enough for sending and receiving emails. 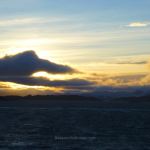 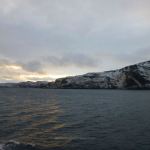 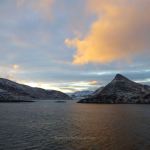 What the ship lacks in onboard facilities it more than makes up for with scenic cruising. The Norwegian coastline is an endless collection of breathtaking sights. As the seaons transition, so the landscapes morph.

Expect limited choice onboard with just two restaurants and one café open at times throughout the day.

Norway is an expensive country and food aboard Hurtigruten is no exception. Adding full board meals to a journey can double its price. Complete coastal tours include full board meals, with the cost incorporated into the cruise fare. Meals are an optional extra on shorter trips, but skimping on this may cost more in the long run. Expect to pay around NOK 135 (≈ £12) per person for breakfast, NOK 285 (≈ £24) for lunch, and NOK 395 (≈ £33) for dinner.

Stjernesalen, the main dining room, serves buffet breakfasts and lunches daily, with tea, coffee, and water freely available. The informal dinners are either buffets or set three-course meals, with drinks an additional cost. While breakfast and lunch were relaxed, dinner felt rushed. 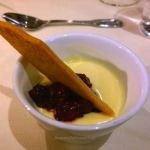 The set menu, a rarity on most cruise lines, may put some people off, especially fussy eaters. Dishes are regional using locally sourced, seasonal, and sustainable ingredients. On my November sailing, I enjoyed dishes that incorporated arctic char, reindeer, and cloudberries.

The speciality À La Carte Restaurant attracts an additional fee, with a discounted cost for full board passengers. My meal here was sublime, with the price buying more attentive hospitality plus better food quality and presentation.

The café stocks a selection of expensive sandwiches and snacks. If you choose not to sail on a full board basis, you may opt to source large meals in port and snacks at the café.

In another break with cruising convention, Hurtigruten crams 65 ports of call into its 12-day Norwegian Coastal Voyage itinerary. Be aware that while this knocks spots off its cruise competition, most of these stops are brief 15-minute affairs.

The cargo and passenger doors unfurl before the mooring lines are attached, with a flurry of portside activity following. As soon as the paperwork is complete, the lines slacken, the doors slowly slam shut, and the ship nimbly drifts away, steaming onto its next destination. Calls continue throughout the night with little disturbance to sleeping passengers on the upper decks. Passengers on Deck 2 and Deck 3 may hear some movement on the Car Deck.

Each day, one port of call benefits from up to six hours of activity, allowing passengers to disembark and explore the town or city. The beauty of a full round-trip voyage is that ports visited in the day on the northbound sailing are visited at night on the southbound trip, and vice versa.

Programmes of summer and winter excursions are available at each major port of call, with a small but diverse range of activities at each stop. I took a ship organised excursion at each port to see as much as I could in the limited time I had. 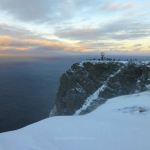 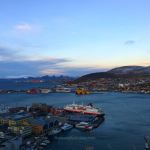 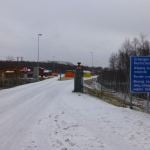 I joined the ship in Tromsø and sailed north to Kirkenes. From here, I remained on board back to Tromsø, where I disembarked. I was asked to vacate my cabin by 8 pm to allow preparations for its next occupants. I stored my suitcase in the freely accessible luggage room and spent three hours bouncing between the warm inside and the freezing outside.

The purpose of my trip was to observe the newly formed expedition team at work. But deep down, I hoped to see the Northern Lights. At dinner on the first night, my table companions raved about the clearest display the night before.

They shared a tip about subscribing to the in-cabin announcements, and I hurried back to activate the service. I awoke at 4 am to a soft voice in my ear in an unfamiliar language. Confused, I listened in and heard the words "Aurora Borealis". I darted out of bed, donned umpteen layers of warm clothing and went outside to join half a dozen eager spotters.

The display was barely visible - but it was there. If Mother Nature had no more shows in store, I return home a happy man. In fact, she had two other mesmerising displays lined up. The first was brought about an abrupt conclusion to dinner on the second day with many diners racing outside. 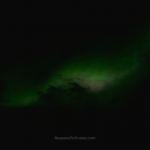 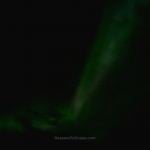 The second was unexpectedly behind me as I stood outside to watch the ship sail back towards Tromsø. As I turned around, the clearest display yet was above my head. It was a mix of luck and good timing, and it was a great farewell gift.

Hurtigruten is so confident in Mother Nature that it offers a Northern Lights Promise. If the bridge records no sightings of the Aurora Borealis during a 12 day Norwegian Coastal Voyage, the company will give you a complimentary half-board Inside Guarantee cabin on another selected six or seven-day one-way Classic Voyage (excluding flights and overseas transfers). Find the full details plus the terms and conditions here.

This trip was an unforgettable experience, and I would love to sail with Hurtigruten again to explore more of the Norwegian coastline. Perhaps next time there will be more snow, and my dream of snowmobiling in Norway's wilderness can come true!

If you were heading to the Norwegian Fjords, would you sail with Hurtigruten or would you prefer the comforts of a larger cruise ship? Let me know in the comments below.

Sail along Norway’s coastline on a working ship for a more authentic cruise experience. Nordlys may be dated and lacks the mod cons of larger cruise ships, but it is able to nip into many remote ports of call along the way. This is not a normal cruise experience so expect a different style of holiday – with amazing views of the Norwegian coastline on tap.

3 December 2015 5 August 2018 Searching for the Northern Lights Inside the Arctic Circle on Hurtigruten’s Working Ship, Nordlys