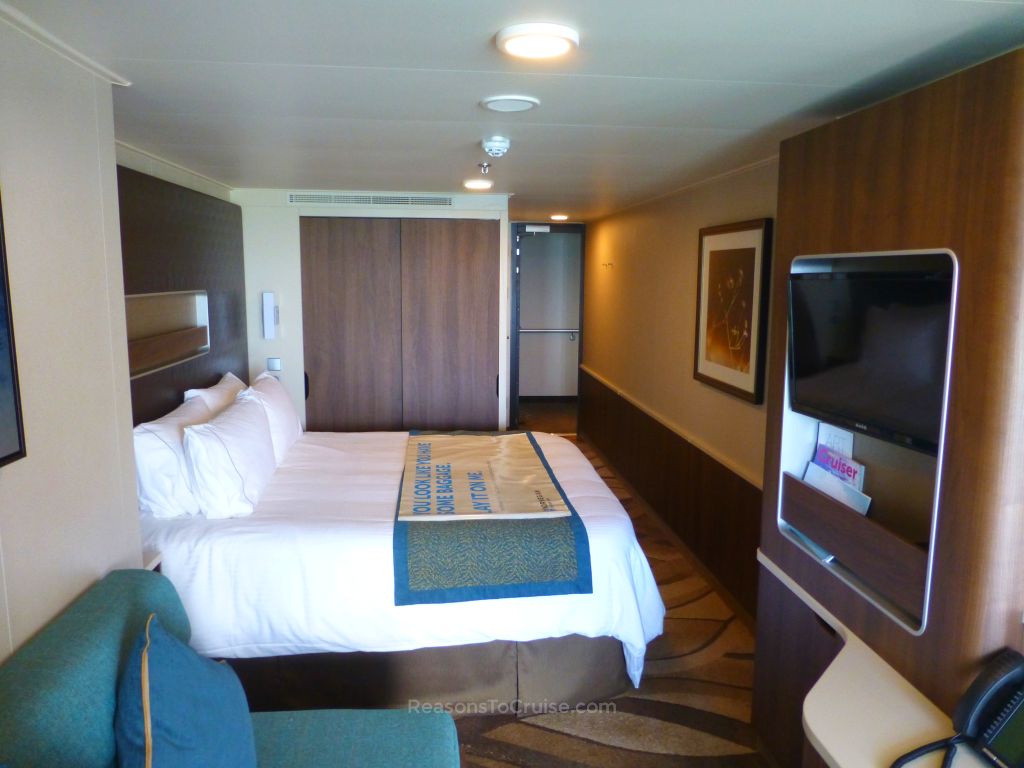 I leapt from my seat when I discovered my allocated cabin on Norwegian Escape was to be a Spa Junior Suite.

My paperwork had implied it was to be a Studio cabin, so a four-category upgrade was very much welcomed - and was the first time the 'upgrade fairy' had visited me.

I was excited about my first taste of the "suite life" having sailed in Inside, Ocean View and Balcony cabins previously.

According to the deck plans, the suite boasts 23 square metre (251 square foot) of interior floor space and 4 square metres (44 square feet) of balcony space. Other features of the cabin are twin lower beds that convert to a queen, a tranquil spa décor, an oversized waterfall shower, a wardrobe, easy access to the Mandara Spa and fitness centre, and complimentary access to the Thermal Spa Suites during regular Spa hours.

A schematic of the cabin can be seen below:

Stylish illuminated door numbers located outside each cabin included small lights to indicate that you are inside the cabin.  Slide your Freestyle Card into the slot inside the doorway to activate the electrics in the room, and the 'occupied' light on the door sign lights up. You can also signify not to be disturbed, and you can request the room be made up. 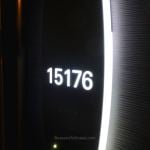 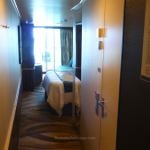 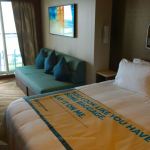 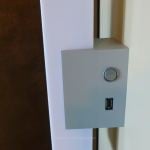 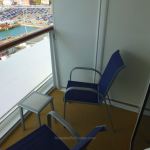 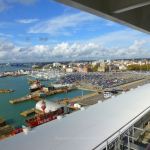 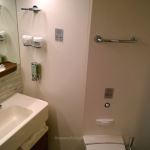 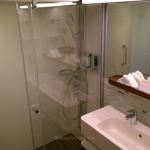 Trade Up: If your budget allows I would recommend The Haven Spa Suite which includes access to Norwegian’s ship-within-a-ship space called The Haven. It also includes Thermal Suite access. This suite also features an in-room tub overlooking the sea – perfect for relaxing in as the sun sets. This suite is available from £1,799 per person on the same itinerary.

Trade Down: If you can bear to lose the included Thermal Suite access (which you can purchase separately), an Inside cabin starts from £489 per person, an Ocean View from £619 per person, a Balcony from £759 per person and a Mini-Suite from £919 per person.

Prices are based on two sharing a cabin and are available at the time of writing.

Would you book a Junior Spa Suite rather than a standard balcony cabin? Let me know in the comments below.

Disclosure: Norwegian Cruise Line supplied a one-night full board sailing on Norwegian Escape. I paid for my transport to and from Southampton. My opinions are my own.

More compact than I had imagined it would be, the Junior Spa Suite compares to a standard balcony cabin on other cruise lines. That said, it does feature upgraded fixtures, amenities, and access to the spa’s thermal suite.