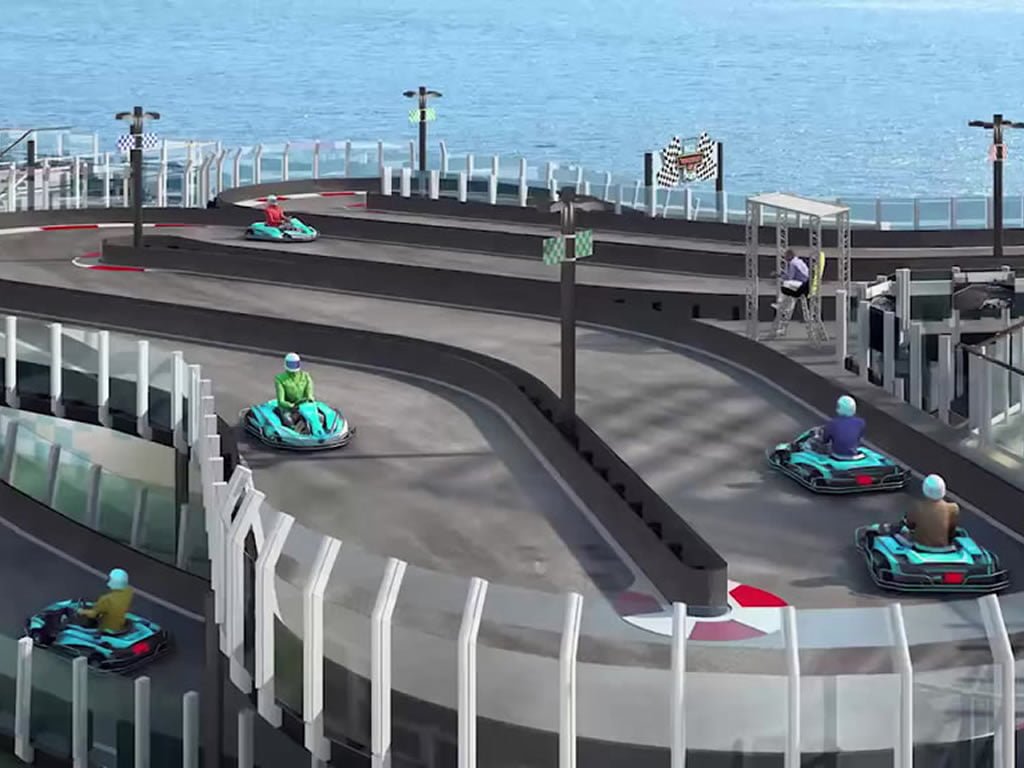 The German-built ship builds on the foundation of Norwegian Escape, a Breakaway Plus class ship, but adds twists to cater for the discerning tastes of the Chinese cruise market.

Norwegian Cruise Line claims the ship will be the most innovative and luxurious ship in its fleet.

Norwegian Joy will boast the first go-karting track at sea. If Royal Caribbean's Quantum-class dodgems are to go by, the two-level racetrack will be in huge demand. The course eats up a good proportion of the outer deck space, appearing to replace the ropes course found on Norwegian Escape.

Water slides are a staple of many NCL ships, and Norwegian Joy is no exception. A high-speed Double Aqua Loop free-fall slide will include two loops. One loop will extend out over the side of the ship and a second transparent loop will stretch down to the deck below.

A tandem Aqua Racer slide will see guests race side-by-side on inner tubes for more than 110 metres (360 feet) to the finish line.

There will be greenery, a pool and chaise lounges helping to keep it a serene space although the large movie screen suggests it will, on occasions, become somewhat livelier. 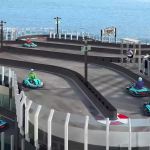 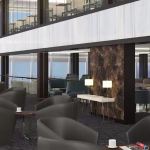 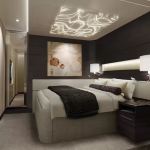 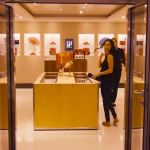 Inside, the Galaxy Pavilion will be a single-deck entertainment area not dissimilar to Royal Caribbean's two-storey SeaPlex on Quantum-class ships, although it will up the ante with virtual reality experiences.

Keen to include the latest virtual reality technology, Norwegian Cruise Line will equip the ship with state-of-the-art Oculus Rift headsets, enabling passengers to experience an immersive virtual reality world. Ride a virtual roller coaster, fly over virtual mountains and oceans, walk along a virtual cliff edge or stand on top of a virtual ten-storey building.

As on Royal Caribbean's Quantum class ships, Norwegian Joy will also have a set of Xbox® console stations to keep gamers entertained.

Movie buffs will enjoy piloting a fighter to take on the forces of the dark side in the Star Wars® battle pods video game.

Passengers who have sailed with MSC Cruises or Costa Cruises before will be familiar with the single-seat racing car simulator.

To cater for the Chinese appetite for high-end luxury shopping the ship will boast the largest shopping area in the fleet. The area will feature duty-free shops to high-end international brands, stocking products from global luxury brands in fashion, jewellery and electronics.

If Royal Caribbean's VOOM Internet technology proved anything, it was that today's traveller demands affordable, high-speed Internet access. At sea, WiFi used to be a joke, but recently, cruise lines have begun investing in improving connectivity.

Norwegian Joy will be equipped with the fastest pervasive Wi-Fi connectivity in the fleet, enabling many guests to share their selfies on social media, check emails and more.

The Haven is Norwegian Cruise Line's ship-within-a-ship concept. Suite guests sailing in this class can access this private space.

Each of the 74 suites will come with a personal butler service, a dedicated concierge, priority access to entertainment and speciality dining, a private restaurant, and access to an enclosed courtyard.

A new space, the Observation Deck, will feature envious 180 degree views - the same as the ship's officers experience from the Bridge.

As well as the Haven suites, the ship will feature the usual array of mini-suite, balcony, ocean view and interior stateroom. Some of these will be interconnecting to suit extended families travelling together.

A new Concierge level category will sit between a regular balcony cabin and a Haven suite. It will be pitched to families and travellers looking for a little extra personal service during their holiday, without the cost of upgrading to The Haven.

Larger balcony staterooms will come with luxurious en-suite amenities plus the services of a dedicated concierge to make arrangements onboard, from entertainment to dining. These cabins come with access to an exclusive Concierge Lounge, which will have a private bar.

An interesting addition is that of Virtual Balconies to some Inside cabins, enabling those sailing in some of the cheapest cabins aboard to still benefit from a sea view.

Disney Cruise Line introduced the cruise world to Magical Portholes which overlaid Disney animations on a live webcam feed from outside the ship.

Royal Caribbean launched their concept of a virtual balcony on Quantum of the Seas and vertically mounted a screen that displayed a live webcam feed from outside the ship.

Norwegian Cruise Line's setup is yet unknown. The cruise line has a reputation for maximising the efficiency of their cabins so the digital screen may double-up as a standard television screen, removing the need for a digital balcony screen and separate tv.

The 3,900-passenger Norwegian Joy will be home-porting in Shanghai and Tianjin (Beijing) from summer 2017. Soon after launch the ship embarks on the long journey to China, in similar fashion to Princess Cruises' new China-bound ship, Majestic Princess.

Do you think the new developments on Norwegian Joy will filter out across the fleet? Let me know in the comments below.