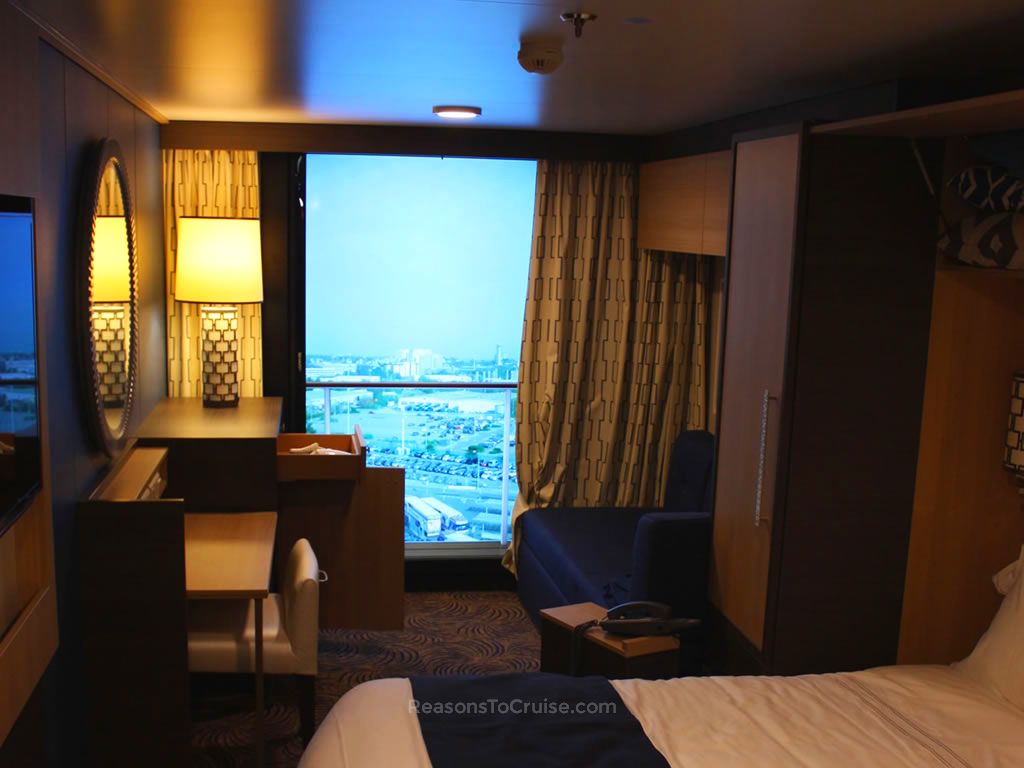 When Quantum of the Seas officially launched earlier this month, Royal Caribbean promised it would "change everything".

While some people may argue that elements of this so-called "smart ship" are gimmicky, my inner technology geek loves the Virtual Balconies.

In essence, the Virtual Balcony is a vertically mounted 80-inch high definition LED television screen sits between the floor and ceiling. While it cannot be used to display television programming (I don't know why you would want to watch TV in a vertical format anyway), it instead shows live webcam footage from cameras mounted on the sides of the ship. Controlled via a remote control, you can turn the Virtual Balcony on or off, and adjust the volume.

The screen uses a near-live broadcast. It is tinkered with slightly to prevent it causing seas sickness. The image displayed depends on the side the Virtual Balcony screen faces. Port side screens show footage from the port side cameras while starboard mounted displays use the starboard footage.

Here is a short video clip of the virtual balcony in action. It overlooked the port side but broadcast audio from the starboard side (a quirk that may only be noticeable in port).

Quantum of the Seas has ruined all other inside cabins for me. Suddenly a dark and dingy cabin has become nearly as desirable as a real balcony cabin, yet it costs a fraction of the price.

Virtual Balcony equipped cabins appeal to the budget conscious and the technology geeks like myself.

Depending on the itinerary and price, I would most likely opt for this cabin on a port-intensive voyage, a transatlantic sailing, or a short mini cruise. Where scenic cruising is the order of the day, such as Alaska or the Norwegian Fjords, a traditional balcony would be best.

Scenic cruising aside, the benefits of the Virtual Balcony technology are invaluable.

The Virtual Balcony technology demonstrates that inside cabins can deliver a better experience.No longer do holidaymakers need to pay for a steel box cabin without a view. And therein lies a problem. This tech could revolutionise every inside cabin on every cruise ship in the world, but for that to happen, mainstream cruise lines need to adopt it quickly.

Even Royal Caribbean will face this issue. By setting the bar so high with Quantum of the Seas, the Inside cabins on all its other vessels are now dated in comparison. Virtual Balconies have been trialled on Navigator of the Seas so there is hope that these could be rolled out fleet-wide soon.

That said, I was surprised to read that Oasis of the Seas did not receive them during her spell in dry-dock in last month. Perhaps the cost of rolling out an unproven new technology is too great a risk at this stage? 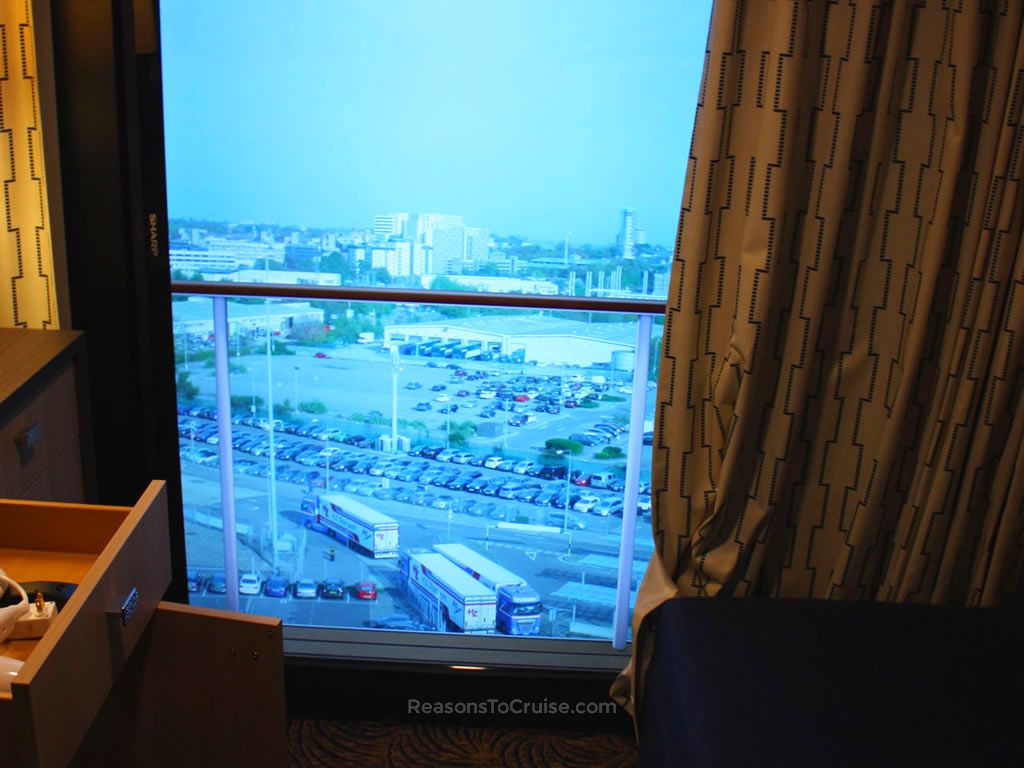 I hope competitors look at how they can offer something similar to their passengers. It need not be an identical copy, but a similar setup would be a positive start. A bit of blue sky thinking might turn into something even better. How about an entire digital wall that displays a floor-to-ceiling and wall-to-wall live sea view? How about a projector that can display a large scale live sea view but can also double up as a television?

Technological advances over the next few years will unlock some incredible potential for all cruise ship cabins, not just Inside cabins. Royal Caribbean has pushed the boundaries of what is possible using today's technology. Tomorrow's incarnations will not be far away.

Are you a technology geek like me that sees the benefits of a virtual balcony in an inside cabin or do you think this is a gimmick that has no place on a cruise ship? Leave a comment below with your thoughts.