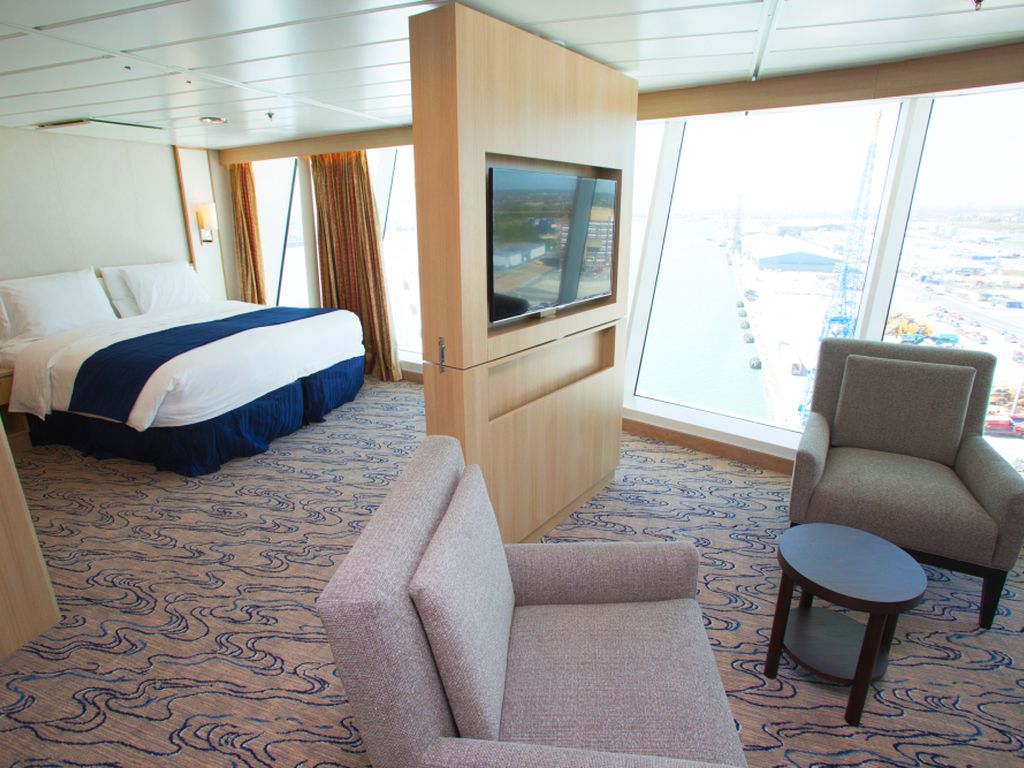 Explorer of the Seas, the first cruise ship I sailed on, has become the latest vessel to be spruced up.

Plenty has changed in the 40-day refurbishment as part of a fleet-wide $300 million revitalisation program. 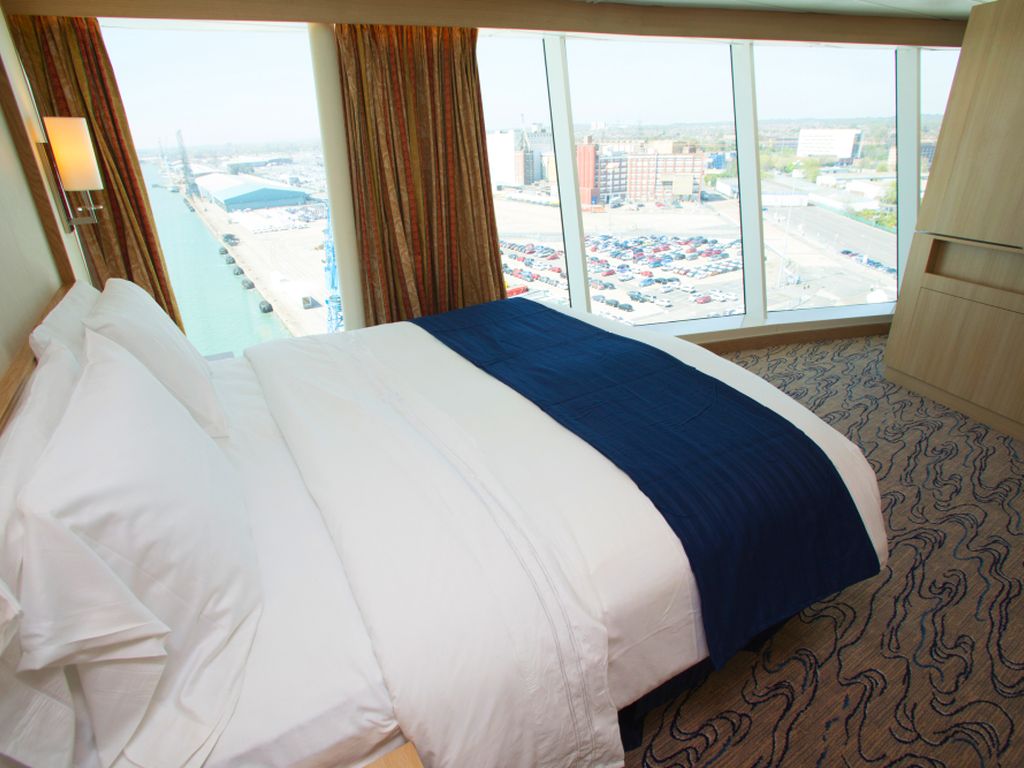 Look at the space - and the view!

These cabins are at the expense of the view out of the Vitality at Sea Spa and Fitness Centre on Deck 12. The P1 and P2 grade cabins appear to be available at nearly the same rate as a standard ocean view cabin which is surprising as the view from these new cabins is far superior .

The Family Panoramic Ocean View Staterooms offer so much in the way of space.

There are only two PF grade cabins (Family Panoramic Ocean View Staterooms) onboard. These come with twin beds that form a Royal King bed, two bunk beds for the kids, and a bathroom with separate toilet and basin.

81 inside cabins have been retro-fitted with virtual balconies (vertically mounted television screens that broadcast live webcam footage from outside the ship on demand). These were pioneered for the Quantum-class cruise ships. 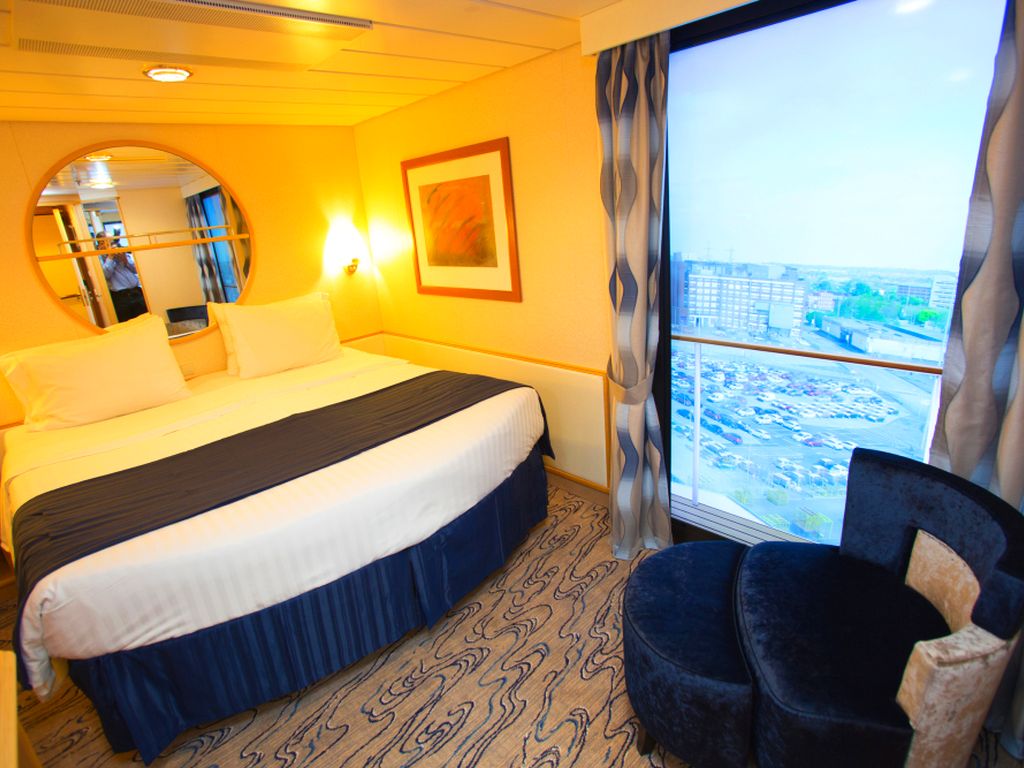 19 new inside cabins replace the Chamber Nightclub on Deck 3. The Focus photo studio area benefits from a dramatic revamp with new digital kiosks. 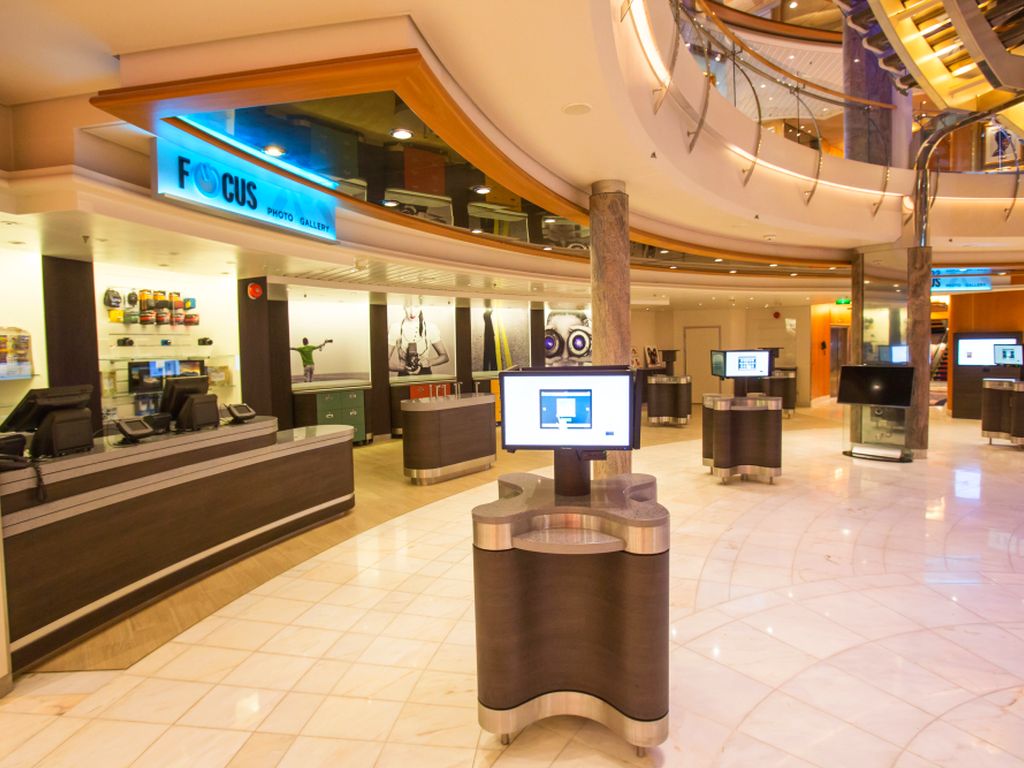 The dining rooms on Decks 3, 4 and 5 have been re-branded. Gone are the names "Magellan", "Da Gama" and "Columbus", replaced with the name "Symphony Dining Room" across all three decks. MyTime dining takes place on one floor while the other levels are home to set seat dining. The décor of the dining room has changed thanks to the addition of black and white chairs.

The upper level of The Chamber nightclub on Deck 4 has become a 62-cover, Italian themed speciality restaurant, Giovanni's Table. 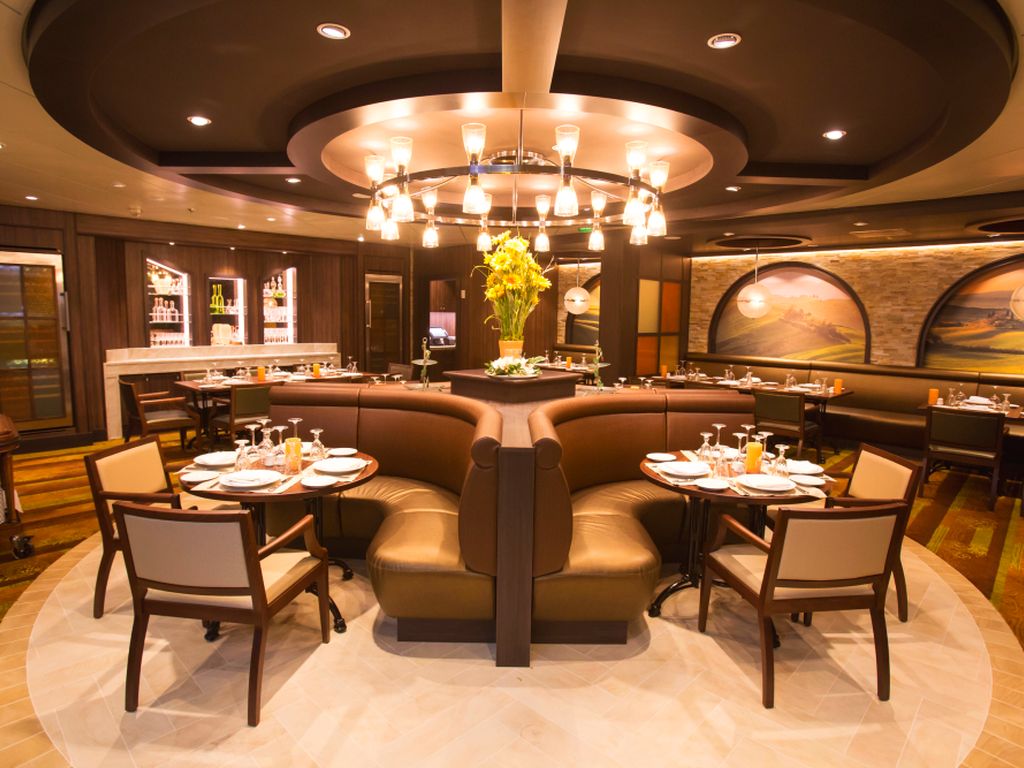 The Aquarium Bar on Deck 4 has now become The Tavern. 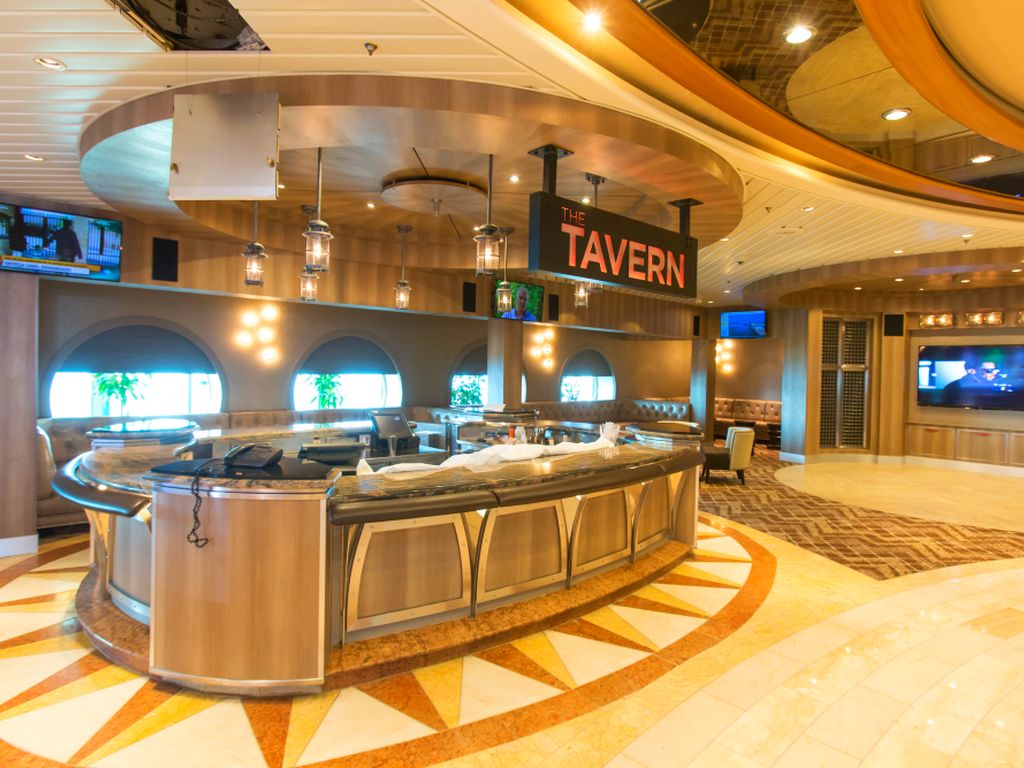 The Tavern replaces the Aquarium Bar

The art gallery has moved up a deck from 3 to 4, and is now opposite The Tavern. 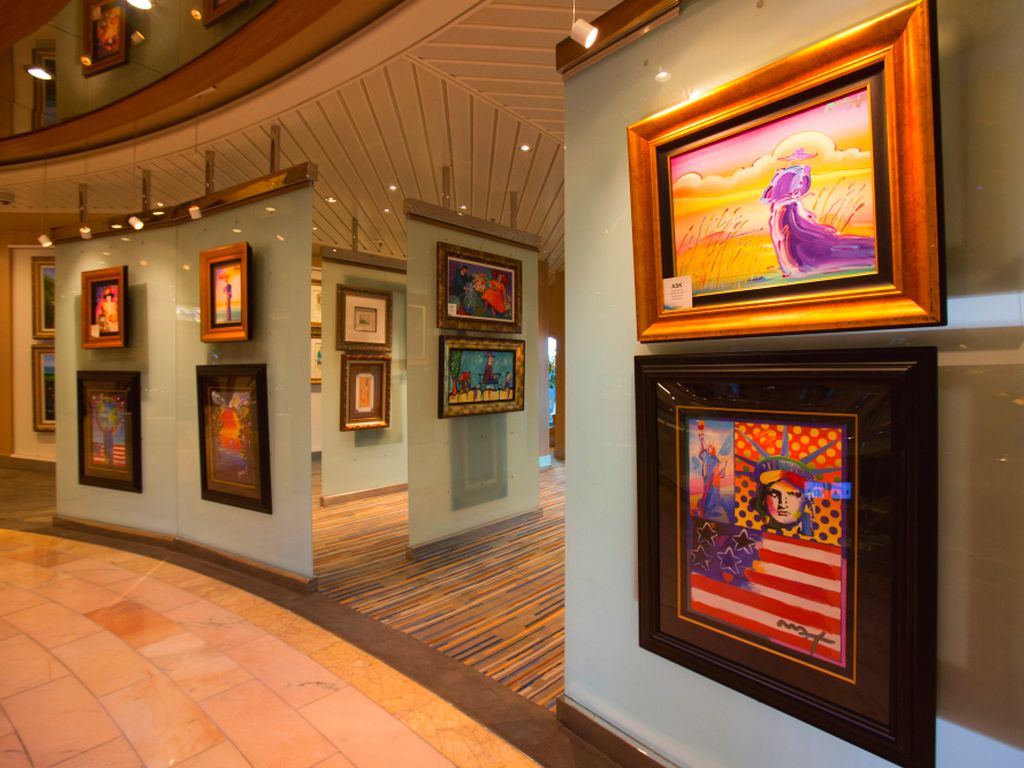 The new and improved Art Gallery

On Deck 5 the Champagne Bar has become the R Bar. 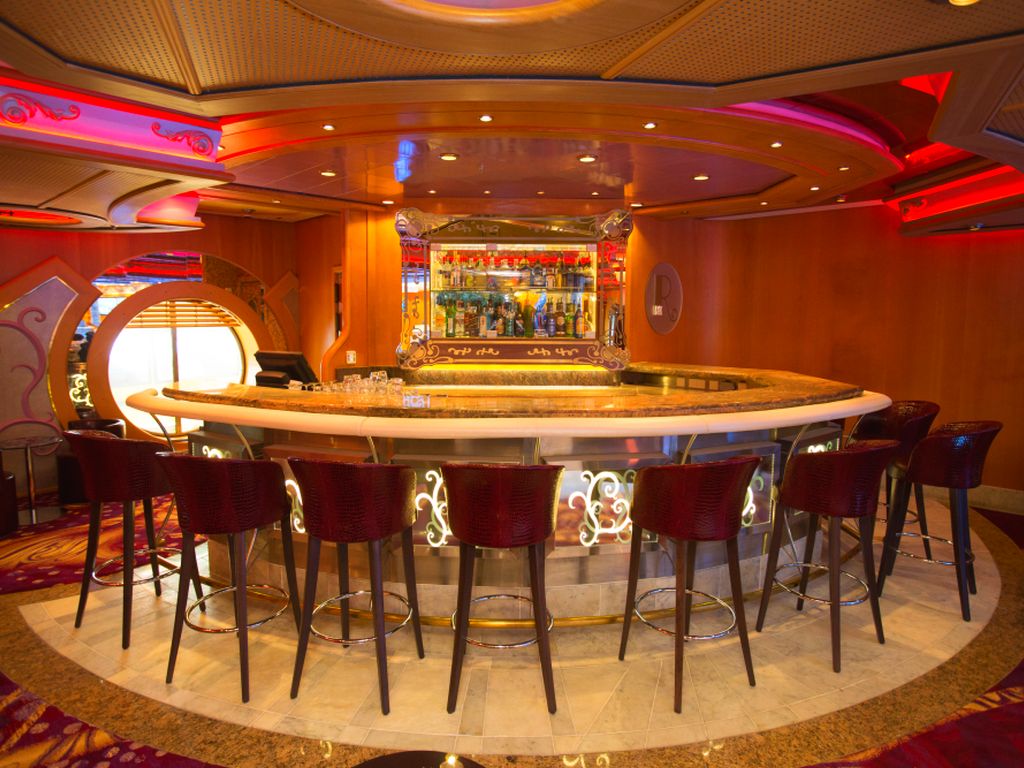 Also on Deck 5, Maharajah's Lounge has become the Star Lounge.

Deck 6 now has a new Next Cruise desk replacing the Business Services area. 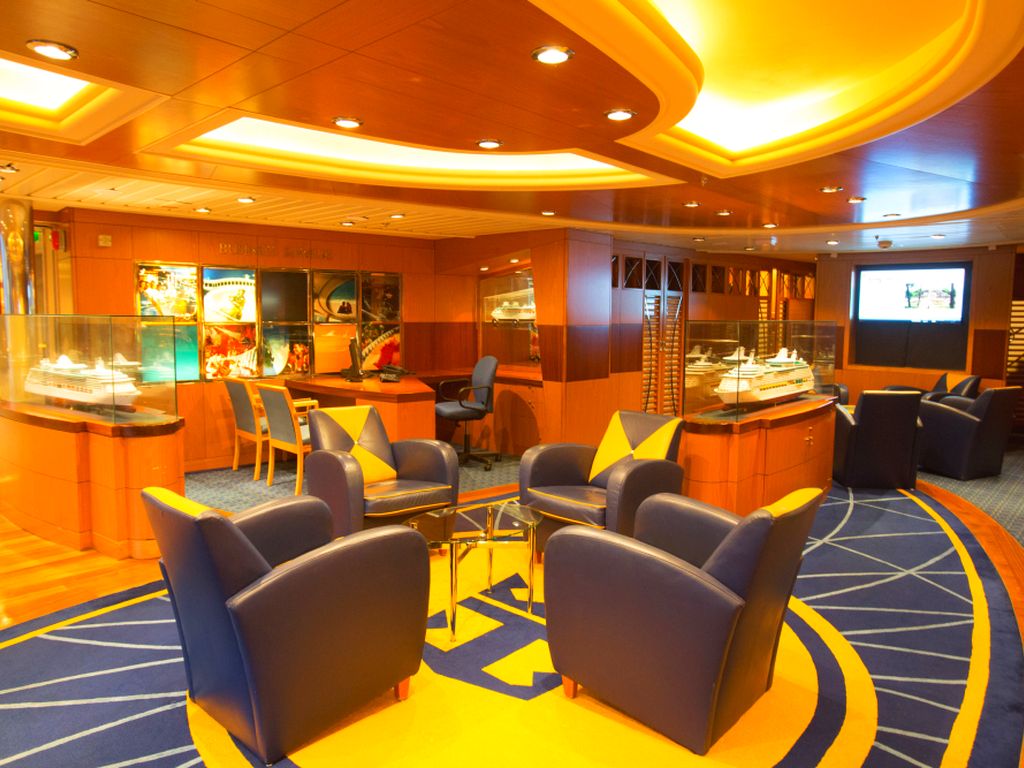 The Library on Deck 7 has now become a card room, games room, and library. It appears to be an amalgamation of the library and the former Seven Hearts and Cloud Nine spaces on Deck 14. 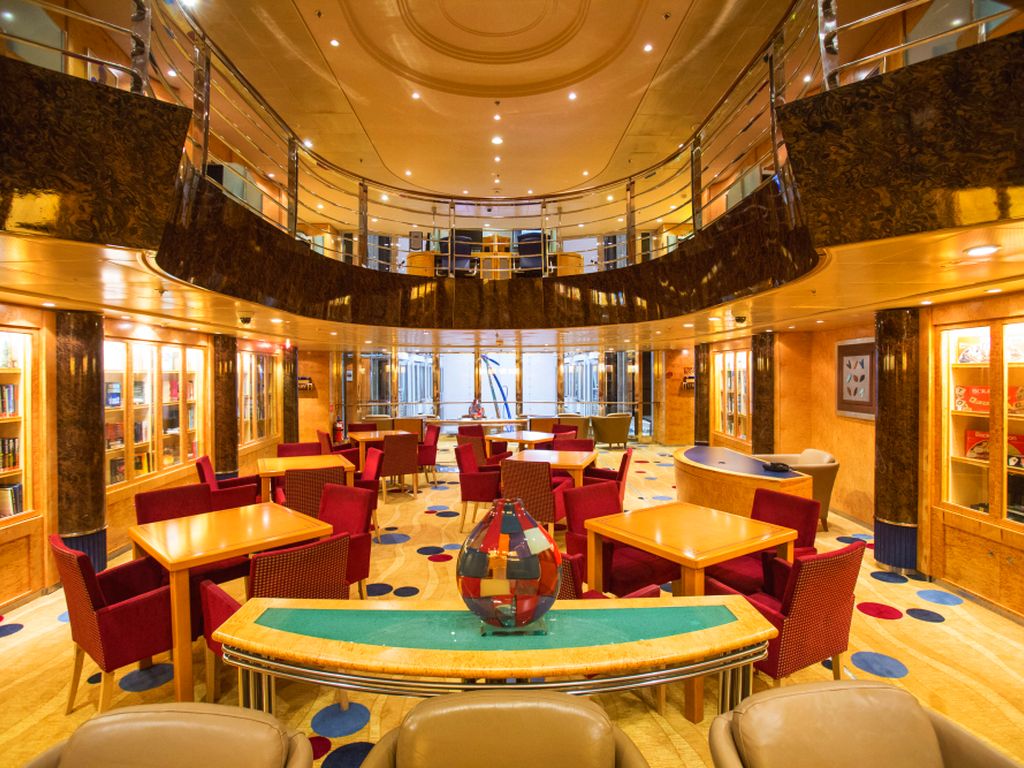 The Card Room is a library, card room and games room all-in-one

Windjammer on Deck 11 has been spruced up. Portofino's restaurant makes way for Chops Grille on Deck 11. The Island Grill annexe at the rear of Windjammer has now formally become part of Windjammer too. 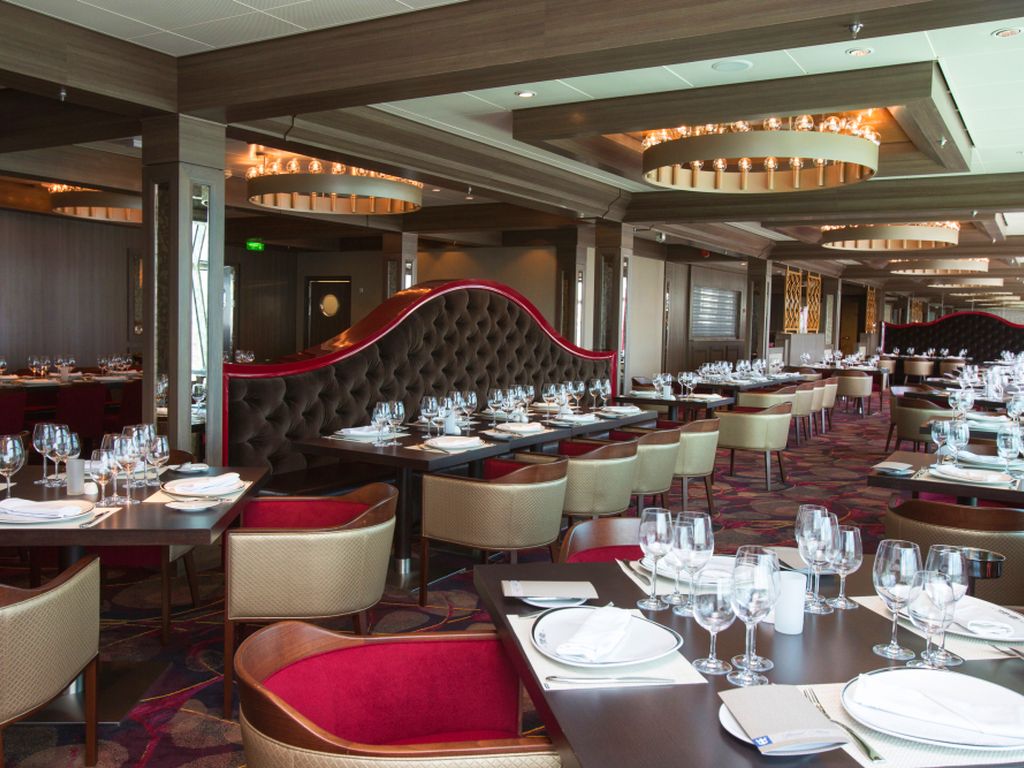 On Deck 12 the Adventure Beach area has become known as the Outdoor Youth Area which makes space for the big change on Deck 13 - the introduction of the FlowRider surf simulator. This is a long overdue upgrade. 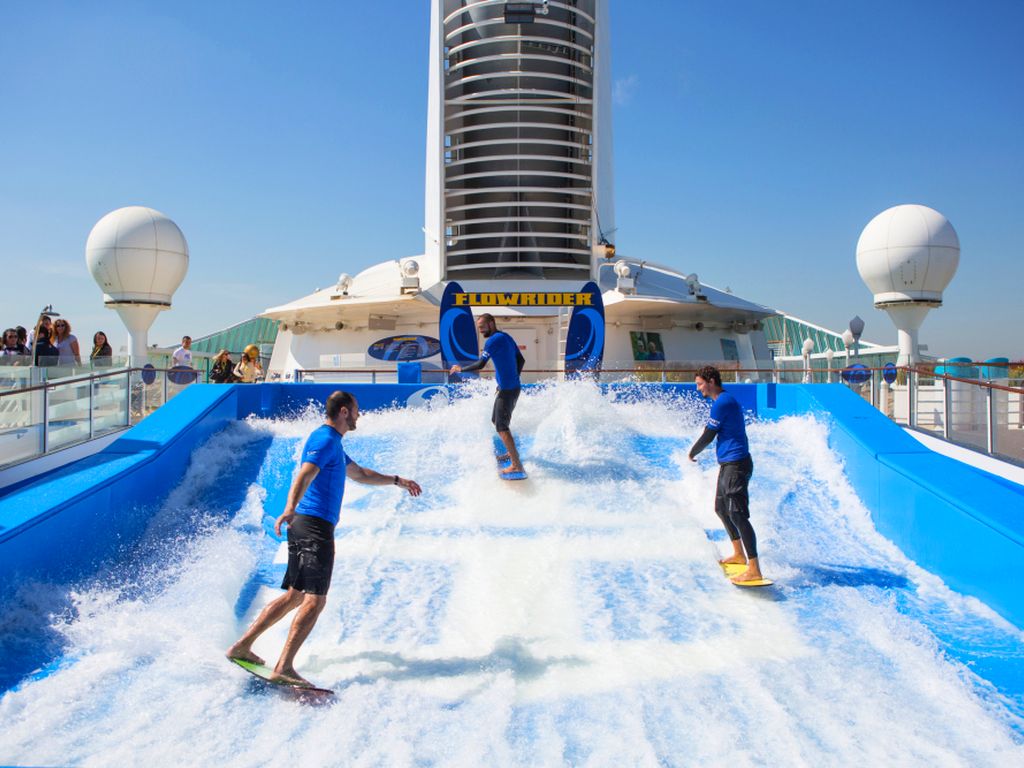 FlowRider will prove to be a very popular attraction 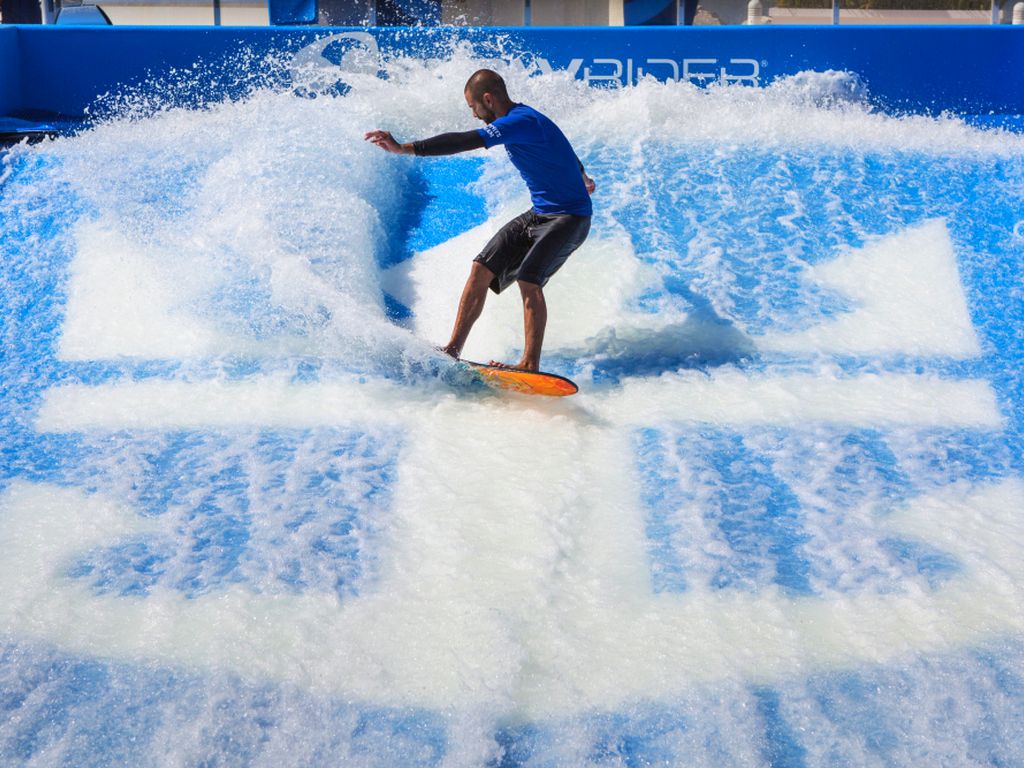 FlowRider is popular on the Freedom-class, Oasis-class and Quantum-class of ships

A 20½ square metre (220 square foot) jumbo television now sits above the mid-ship pool. The screen will be used for open-air movies in the evening and for broadcasting major worldwide events. 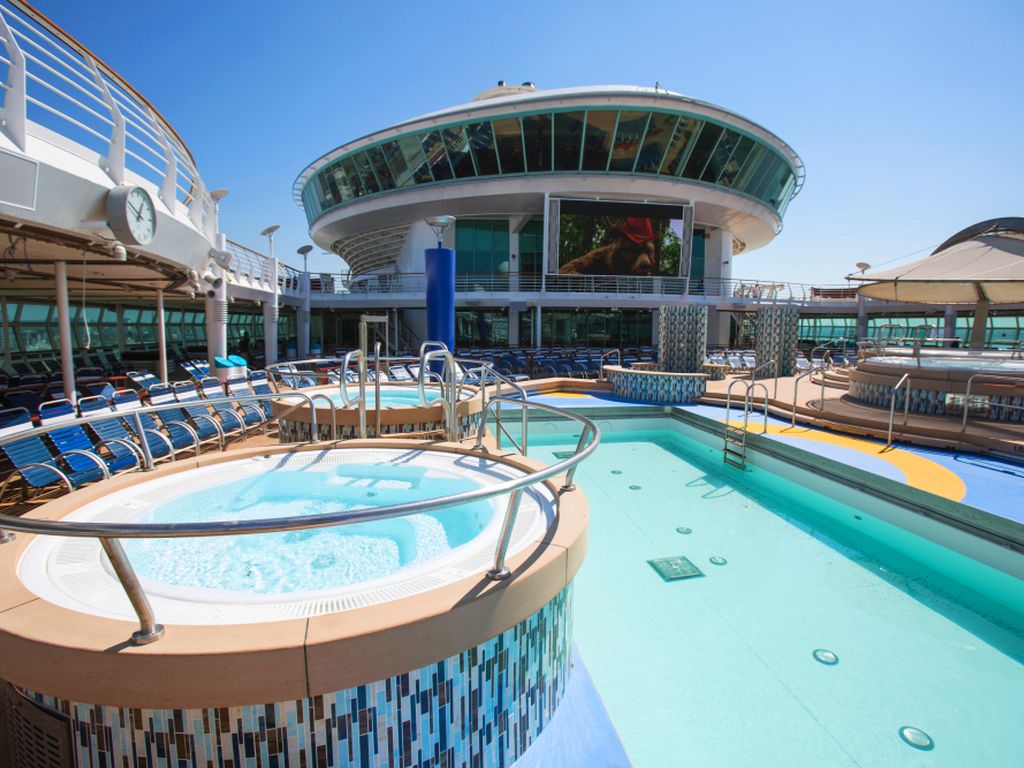 The Viking Crown Lounge on Deck 14 has not escaped the surgeon's knife either. Sushi and sashimi speciality restaurant Izumi replaces the Seven Hearts and Cloud Nine areas on the port side. The 19th Hole on the starboard side has been replaced with a Diamond Club Lounge exclusively for top-tier Crown & Anchor Society members. 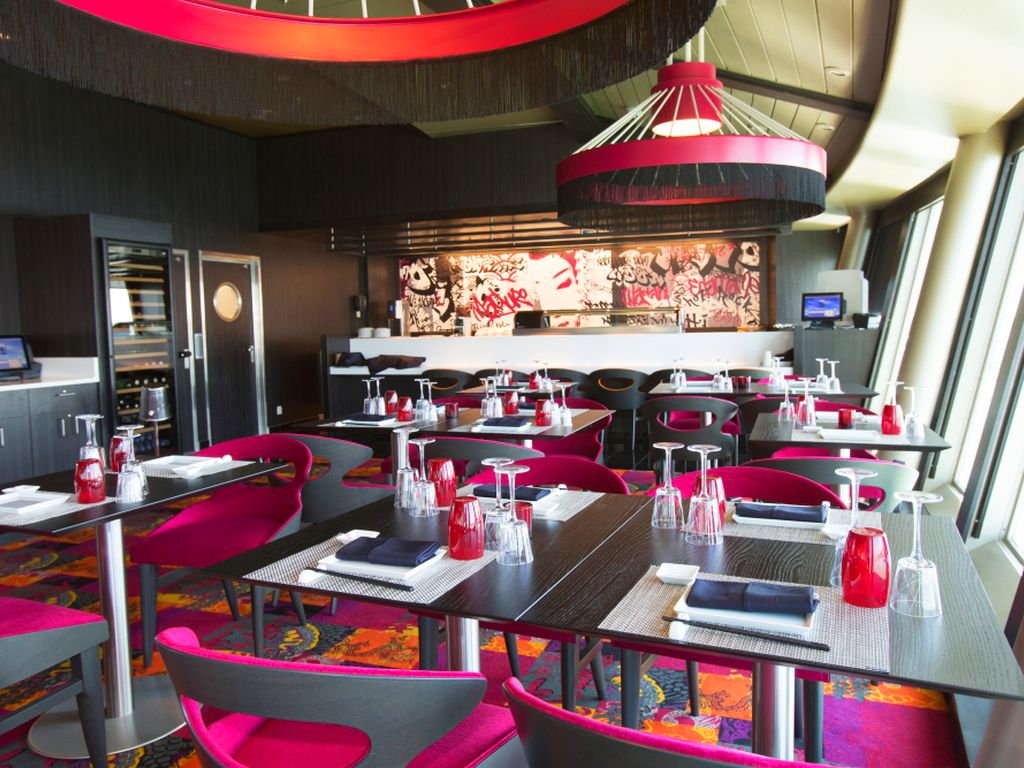 The highest publicly accessible point on the ship, the Skylight Chapel, on Deck 15 remains as-is.

Sail on Explorer of the Seas

Explorer of the Seas will spend the summer 2015 season sailing out of Southampton predominantly offering Canary Islands and Mediterranean itineraries. You can find the itineraries on offer here. In October she will head down under to Australia before moving to the beautiful region of Alaska for summer 2016.

What do you think of the refit? Do you like it or did you prefer the ship before? Let me know in the comments below.