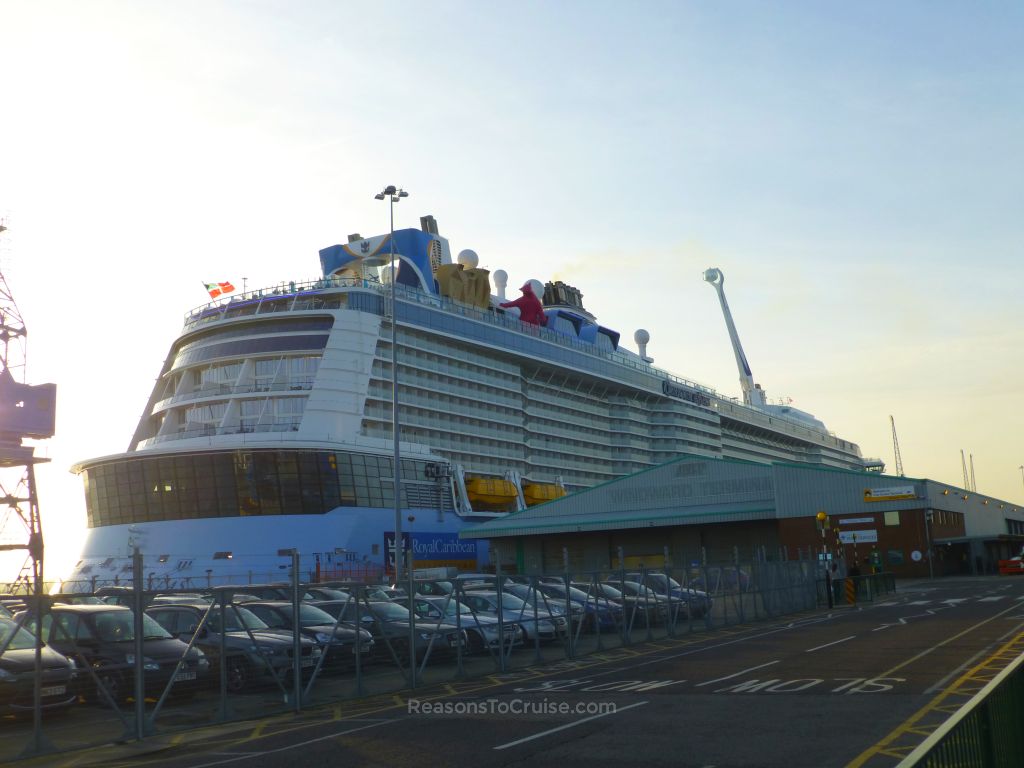 As Quantum of the Seas briefly stopped in Southampton, I toured the ship for a day.

The new ship smell only surpasses the air of new technological enhancements that make Quantum of the Seas a smart ship.

The all-weather ship boasts cutting edge technology at its core, revolutionising some areas of the cruising experience, and enhancing others. It seeks to draw the attention of younger travellers than the industry norm.

Enhancements to the check-in process mean that passengers are asked to upload a passport-style digital photo before arriving at the port. Roving agents armed with iPads replace the check-in desks, and somehow this massively speeds up the process. The time from entering the terminal to boarding the ship is now as little as ten minutes.

The upper deck boasts a swimming pool and a splash area for children, decorated with DreamWorks figures. The disappointingly small and muted play area replaces the vibrantly colourful H2O Zone that stars on other Royal Caribbean vessels.

Above,  North Star, an observation capsule similar to a pod on the London Eye, soars 92 metres (303 feet) above sea level. A crane arm gently rises and turns. A thrill ride this is not, but the views are breathtaking nonetheless.

Another unique attraction is the Ripcord by iFly indoor skydiving. Step inside a vertical wind tunnel to experience a sensation similar to skydiving, without needing to throw yourself out of an aircraft.

A FlowRider surfing simulator sits below the skydiving column.

SeaPlex is a versatile indoor space. Dodgems are the key attraction here, but it transforms into a full-size basketball court and a roller disco when the bumper cars park up. Upstairs in this double-height venue are four large recesses offering table tennis, seating, and Xbox games consoles. 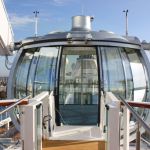 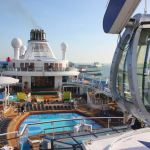 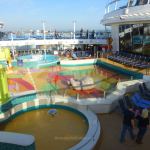 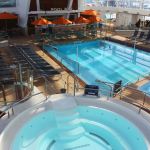 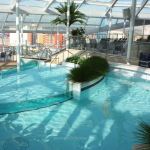 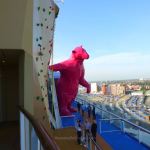 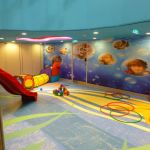 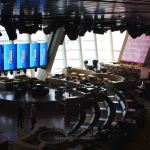 Children will love the roving DreamWorks characters that participate in parades and pose for photographs.

The theatre plays host to the two-hour Broadway-style show, Mamma Mia. Head to the double-tiered Two70 venue to be wowed by six robotic screens dancing in partnership with Royal Caribbean's singers and dancers.

The new class of ship heralds a new décor, unlike anything seen on Royal Caribbean's ships before. A refreshing and elegant contemporary colour palette of greys, rich browns, and vibrant royal blues appears throughout the ship. The result is a ship that feels light and airy in all spaces.

The usual assortment of cabins is available on the ship, from cheaper Inside cabins to Ocean View cabins, Balcony cabins, and a variety of luxury Suites. Some cabins have interconnecting doors, converting individual rooms into one larger shared space.

All cabins boast USB charging sockets alongside traditional outlets. Each cabin and suite benefits from the new colour palette and the care and attention paid to the interior design means each feels light and airy. The slimline fixtures in the modern and chic en-suite bathrooms continue this feel. 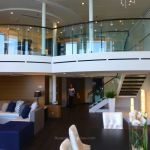 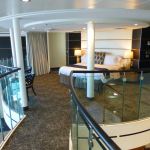 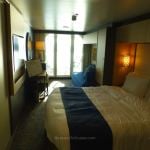 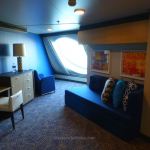 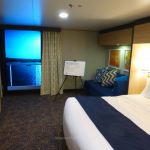 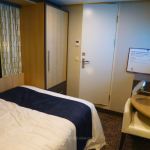 Interior cabins benefit from the introduction of Virtual Balcony technology, meaning every cabin now has a sea view of sorts.

Loft suites have made their way from the Oasis-class ships, and look very stylish in the new décor. The Royal Loft Suite is one of the best suites on the ship.

Studio cabins, small rooms for one person, do away with the much-hated single supplement for solo travellers.

The remaining speciality restaurants incur additional fees. Jamie Oliver has his first Jamie's Italian restaurant at sea. Wonderland is a creative gastronomic concept experience where nothing is quite as it seems. Chops Grille is the cruise line's signature steakhouse onboard. Johnny Rockets, a 50's style diner on other Royal Caribbean ships, has disappointingly become a fast food outlet, sacrificing its unique charm and appeal. Izumi offers a Japanese à la carte menu including sushi rolls and sashimi. Devinly Decadence at the Solarium Bistro, headlined by American celebrity chef Devin Alexander, has a focus on healthy dining options. 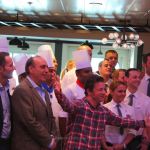 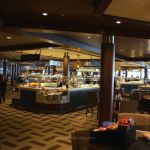 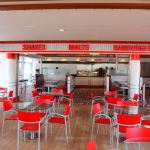 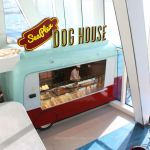 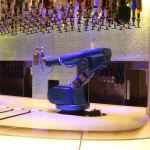 Bar service has not escaped the touch of technology, with robotic bartenders grabbing headlines. Developers Makr Shakr programmed two arms, similar to those in car factories, to slowly craft cocktails. It is a gimmick, often with long queues, but one people appear to love. Drinks from the Bionic Bar, on the other hand, are incomparable to those made by a human bartender, thanks to its precise measurements.

Technology sits at the heart of the Quantum class of ships, and superior Internet access is available on board. Enhanced bandwidth means that it is now possible to surf the Internet, post updates to social media, play on connected apps and video games, and even make video calls on Skype and Facetime.

Wristbands threaten the traditional plastic cruise card. Technology even extends as far as the artwork on board. Royal Caribbean has curated a diverse range of digital art pieces, many of which are interactive. My favourite is the Helix in Royal Esplanade.

A concerted effort is made to encourage passengers to download the RoyalIQ app to plan their holiday experiences. For those without compatible phones or who are uneasy at downloading apps, RoyalIQ stations around the ship more or less serve the same purpose.

Do you think the technological innovations on this ship will force other cruise lines to take another look at their ships? Let me know in the comments below.

Disclosure: Royal Caribbean invited me for a day tour aboard Quantum of the Seas. I paid for my transport to and from the port. My opinions are my own.

Quantum of the Seas Review

Quantum of the Seas elevates the cruise experience to a new level. There are a range of new activities to try onboard, some more gimmicky than others. Technology takes centre stage on this ship, with fast Internet access, Virtual Balconies, and technology-driven shows in Two70.