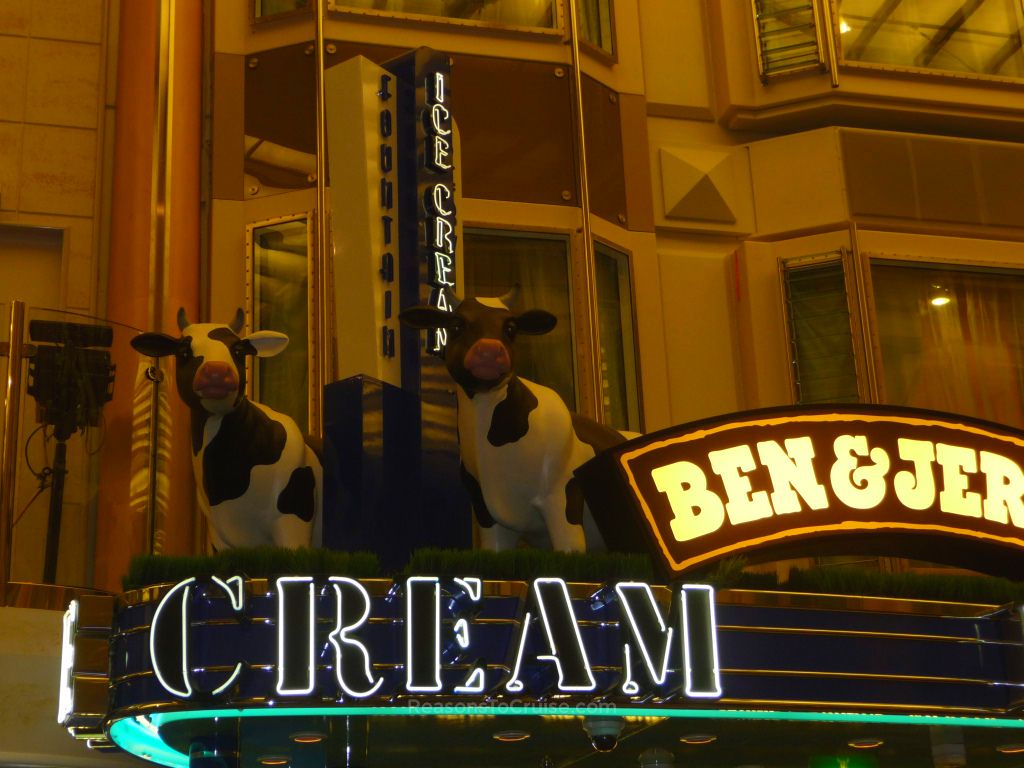 There's a cabin on Royal Caribbean's Independence of the Seas that pays homage to Ben & Jerry's ice cream.

So picture the joy on this ice cream lover's face when I discovered that cabin 6305, the secret Ben & Jerry's Sweet, was available on a Canary Islands voyage.

I have long been a Ben & Jerry's ice cream addict with the dream of someday making a pilgrimage to their spiritual home in Vermont.

On past Royal Caribbean cruises, I racked up sizeable bills for Ben & Jerry's ice cream treats and Johnny Rockets meals.

So when I 'herd' (sorry) about the Ben & Jerry's 'Sweet' I thought it sounded like heaven. In essence, it's an inside promenade view cabin. Cabin 6305, directly above the Ben & Jerry's ice cream shop, comes with a unique view of the behinds of a pair of cows.

Rather than sell the cabin as an obstructed-view grade, Royal Caribbean decided to brand it as the "Ben & Jerry's Sweet", presumably after realising there is a market for people like me who would find this a quirky, eccentric, and fun idea.

It even comes with a couple of perks too to sweeten the deal, including free ice cream and access to the restricted Concierge Lounge.

Before you enter this cabin on Independence of the Seas, you know this one is not your run-of-the-mill room. The plaque on the cabin door is enough to pique the interests of other guests, and countless numbers peered in every time I opened the cabin door.

The cabin itself is cow-themed in line with the Ben & Jerry's styling. Cow artwork adorns the walls, cow trinkets and ornaments splash the shelves, a cow print blanket hugs the sofa, and a pair of cuddly cow toys sit beyond.

There was not as much bovine-themed décor as I had anticipated. I expect it is commercially impractical to have bespoke cow print linen, towelling, furniture, and carpeting for just one cabin. 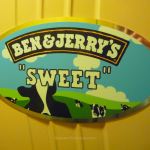 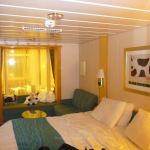 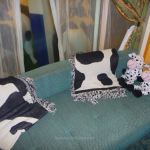 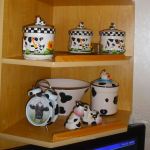 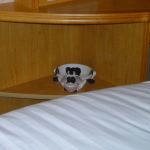 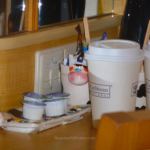 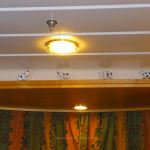 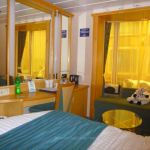 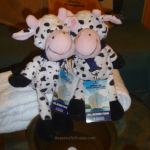 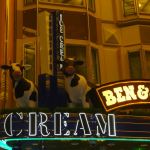 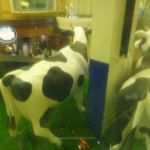 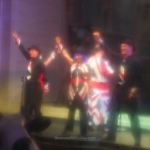 A sign in the cabin, reminding guests not to pinch anything, suggests a few of the trinkets, and bovine-themed memorabilia had disappeared over the years.

On that note, I was surprised that the adorable soft toys had not found new homes. My cabin steward incorporated them into nightly towel animal dioramas.

The cabin sits directly above the Ben & Jerry's ice cream shop on the Royal Promenade. A stateroom with an interconnecting door sits to one side, and a frequently used service door sits opposite. Combine the early starts thanks to the slamming doors with the blaring television and arguments from the couple next door and sleep was a luxury on this sailing.

The view out of the cabin was obstructed, partially because of the behinds of two cows and partly because the windows were filthy. The cows and artificial grass matting extended so far that I could not see much of Royal Promenade itself (as expected).

Despite all of this, the best perk that comes with this cabin is the free daily scoop of Ben & Jerry's ice cream from the shop below. I had a choice of whether to enjoy it in cup or cone form and used it as an opportunity to work through as many flavours as I could!

TIP: This cabin is not advertised as the "Ben & Jerry's Sweet" and only those in the know will understand what you are talking about when you try to book it. Instead, ask to book cabin 6305 on Independence of the Seas, Liberty of the Seas, or Freedom of the Seas.

Would you choose to stay in a bovine-themed cabin, or are the perks not enough? Leave a comment below.

Disclosure: I paid for this cruise in its entirety.

If you’re not a big Ben & Jerry’s ice cream fan, you may not get the point of this cabin. It’s quirky, kitsch, and takes advantage of a rather large cow’s bottom in the window. The perks make this cabin more desirable.