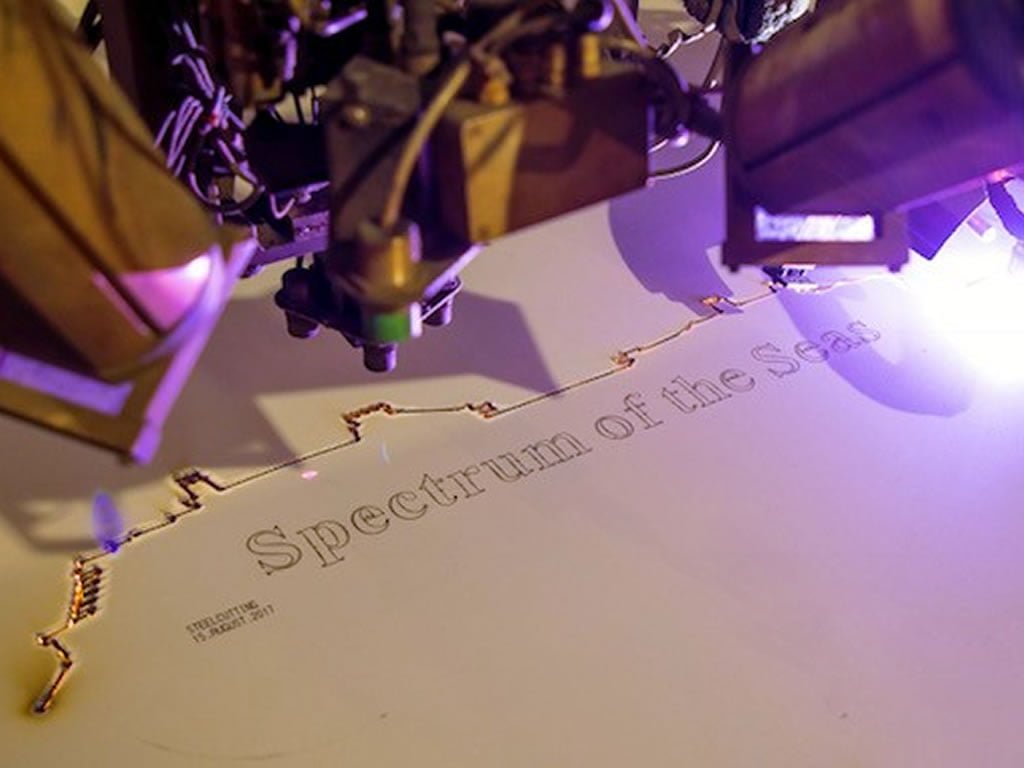 Second only to the headline features of a new cruise ship, the name is often one of the most closely guarded secrets in shipbuilding.

So long as it can be kept a secret - and that relies on suppliers keeping it hush too (*cough* Symphony of the Seas *cough*) - it can help build hype and anticipation. But from a sales perspective, building interest in a ship with no name can be tough.

The sooner a name is released, the sooner itineraries are released, and the sooner the advanced bookings start rolling in.

This month saw a new name revealed at the steel cutting ceremony at the Meyer Werft shipyard in Papenburg, Germany, for Royal Caribbean's first Quantum Ultra class ship, Spectrum of the Seas. While I love the name of the next 'world's largest cruise ship' (Symphony of the Seas), I am not sure I love 'Spectrum' as much.

Regardless of my own opinions, it is not the name that will make or break the ship, it is the onboard facilities and the itineraries. Interestingly, Spectrum of the Seas will follow in the footsteps of Ovation of the Seas, a Quantum class ship built for the Chinese market. Spectrum of the Seas will be designed for China and the Asia-Pacific region, and will build upon the features found on the existing fleet of Quantum class ships.

This is Royal Caribbean, so expect the unexpected when she launches in 2019. I wonder if the cruise line has eyed-up MSC Meraviglia's LED ceiling?

One Ocean Expeditions adds a ship

One Ocean Expeditions will soon add an expedition cruise ship to its fleet. RCGS Resolute will arrive in Canada in November 2018 for its inaugural polar voyage. 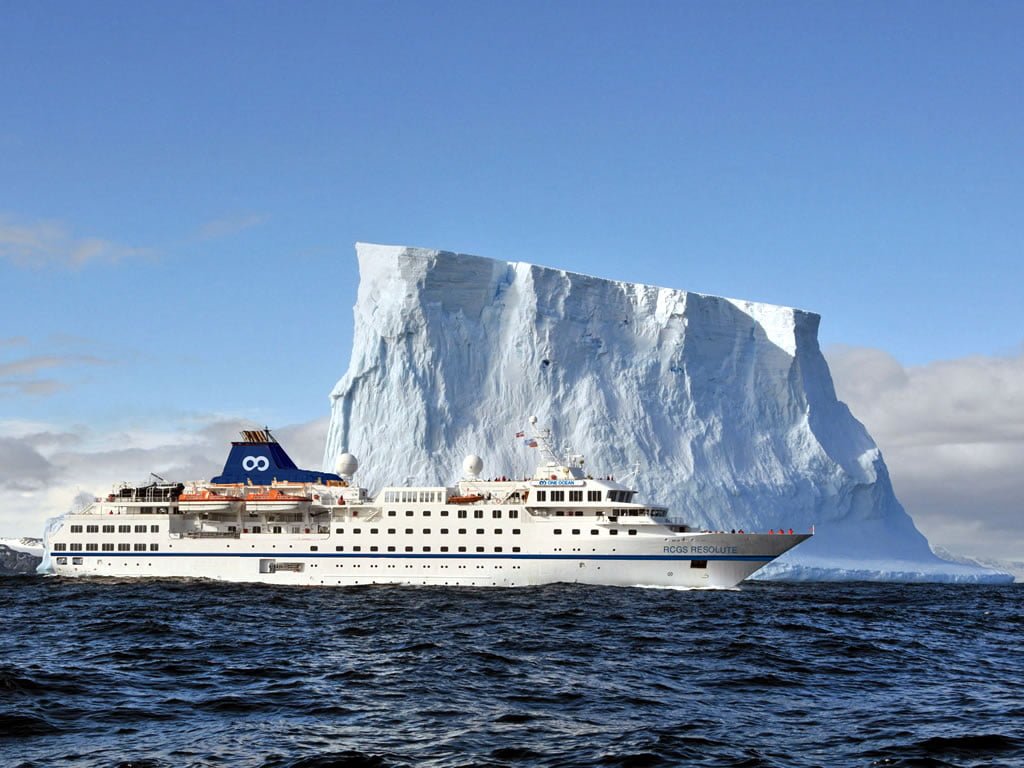 An impression of RCGS Resolute (Image credit to One Ocean Expeditions)

The ship carries the name of the Royal Canadian Geographical Society (RCGS). Passengers have the opportunity to learn from educators, researchers, naturalists, marine biologists, artists, historians, and photographers.

The ship will carry a maximum of 146 passengers. Fusing luxury travel and expedition adventures, the vessel will have a pool, hot tub, sauna, wellness centre, observation lounge, dining rooms, and bars. The ship will also feature 12 luxurious suites as well as 62 standard standard twin, triple, and superior cabins.

One Ocean Expeditions also announced plans to use the new pier in Sydney, Nova Scotia, to refuel and provision its ships before embarking on voyages North.

Weddings can be booked for any ship in the fleet except for Southampton-registered Britannia, where marriages at sea are not permitted. The first booking is due to be held on Azura in the Caribbean in January 2018.

Packages, costing upwards of £1,200, include the venue, music, flowers, photographer, licence fees, Champagne in the cabin on arrival and for a toast after the ceremony, invitations and thank you notes, wedding outfit pressing service, and an additional 5kg luggage allowance for the couple if they are travelling on a fly-cruise holiday. The ceremony will be conducted by the Captain, or by the Deputy Captain if operationally necessary.

Crystal Cruises continues its rapid expansion with the launch of the first of four Rhine class ships.

Crystal Bach was handed over during a ceremony in Wismar, Germany. Famed soprano vocalist, Anna-Maria Kaufmann, christened the ship in a ceremony in Rüdesheim, Germany.

And in Other News...